TLS 1.3 and SSL - the current state of affairs

It has been over 3 years since the specification for TLS 1.3 was published[1], and although the protocol has some minor drawbacks, it is undoubtedly the most secure TLS version so far. One would therefore hope that the adoption of TLS 1.3 and its use on web servers around the globe would steadily increase over time (ideally hand in hand with a slow disappearance of older cryptographic protocols, especially the historic SSL 2.0 and SSL 3.0).

If we go by the numbers gathered from Shodan over the last 12 months, it seems that we are indeed moving in the right direction, as the following charts show.

Overall, there currently seem to be approximately 15.8 million web servers accessible on the internet that support TLS 1.3, and their number is steadily rising, while only about 3.5 million such servers still support SSL 3.0 and about 780 thousand support SSL 2.0.

While the “global” charts paint an interesting picture, the sharp dip in relative values at the end of July that may be seen in all of the charts seems to be strange to say the least. My assumption is that this did not reflect the real state of affairs and was caused by some detection issue on the part of Shodan, though I might be wrong.

In any case, the same dip is not visible if we only look at the numbers related to web servers located within the borders of the European Union.

While on the topic of SSL 2.0 and 3.0, one further point deserves a short mention.

One might expect that the old cryptographic protocols would be mostly used by older devices (IoT, routers, etc.) and that their support would be more or less the same - i.e. it would be uniformly distributed - across the world. Although the first assumption might be correct to some degree, the second one does not seem to be, if one looks at the numbers… 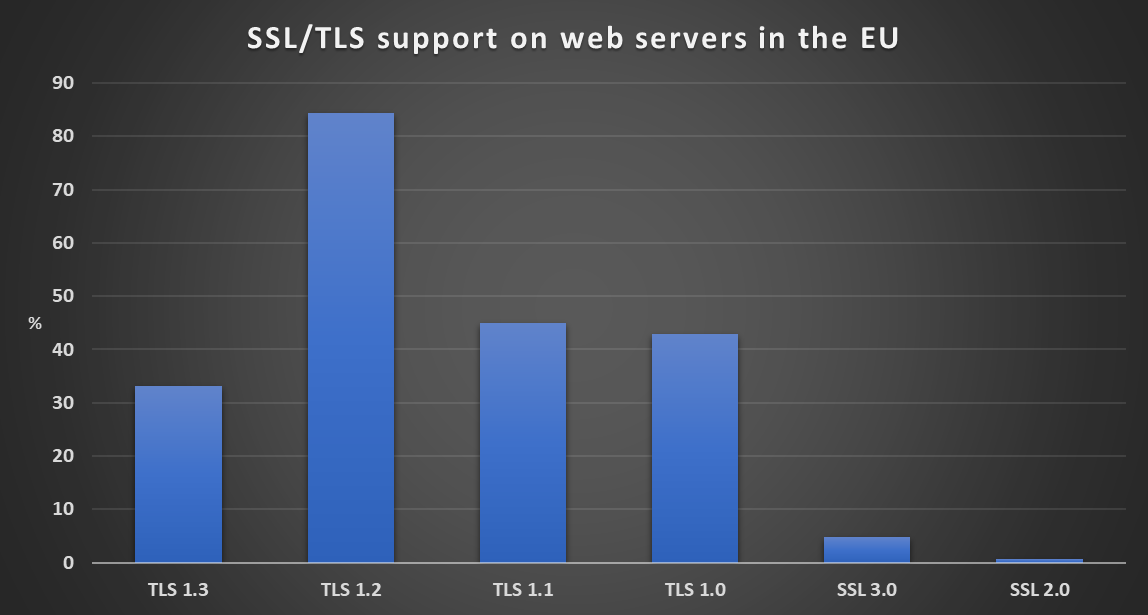 As it turns out, this is however not true for all countries around the world, as the following chart, which shows the situation in the 20 countries with largest relative support for SSL 2.0 demostrates. 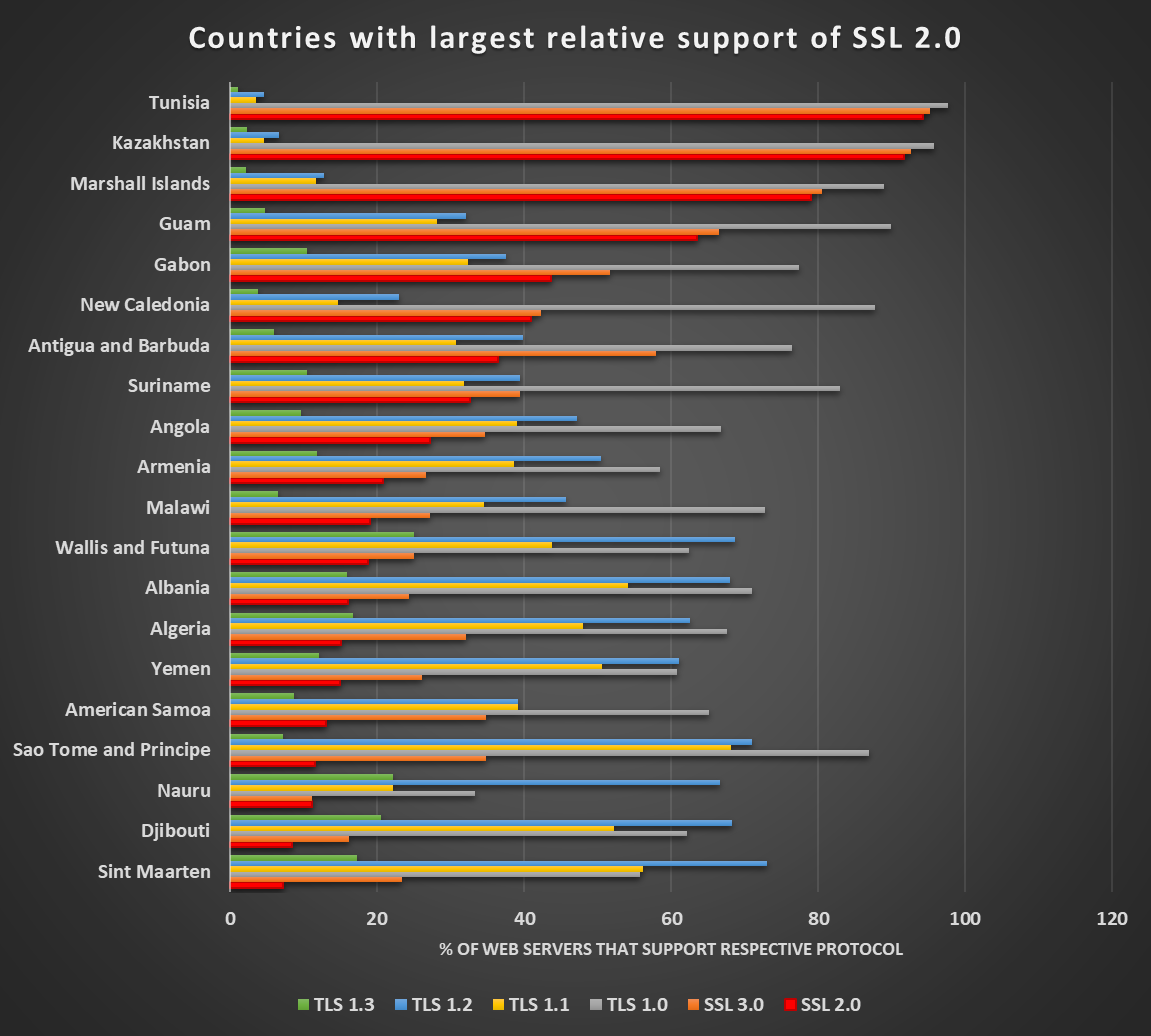 It seems that although overall, the “disposal” of SSL 2.0 and 3.0 is going fairly well, and support of TLS 1.3 is increasing, there are still parts of the world where SSL still remains the undisputed king, or at least a strong contender…