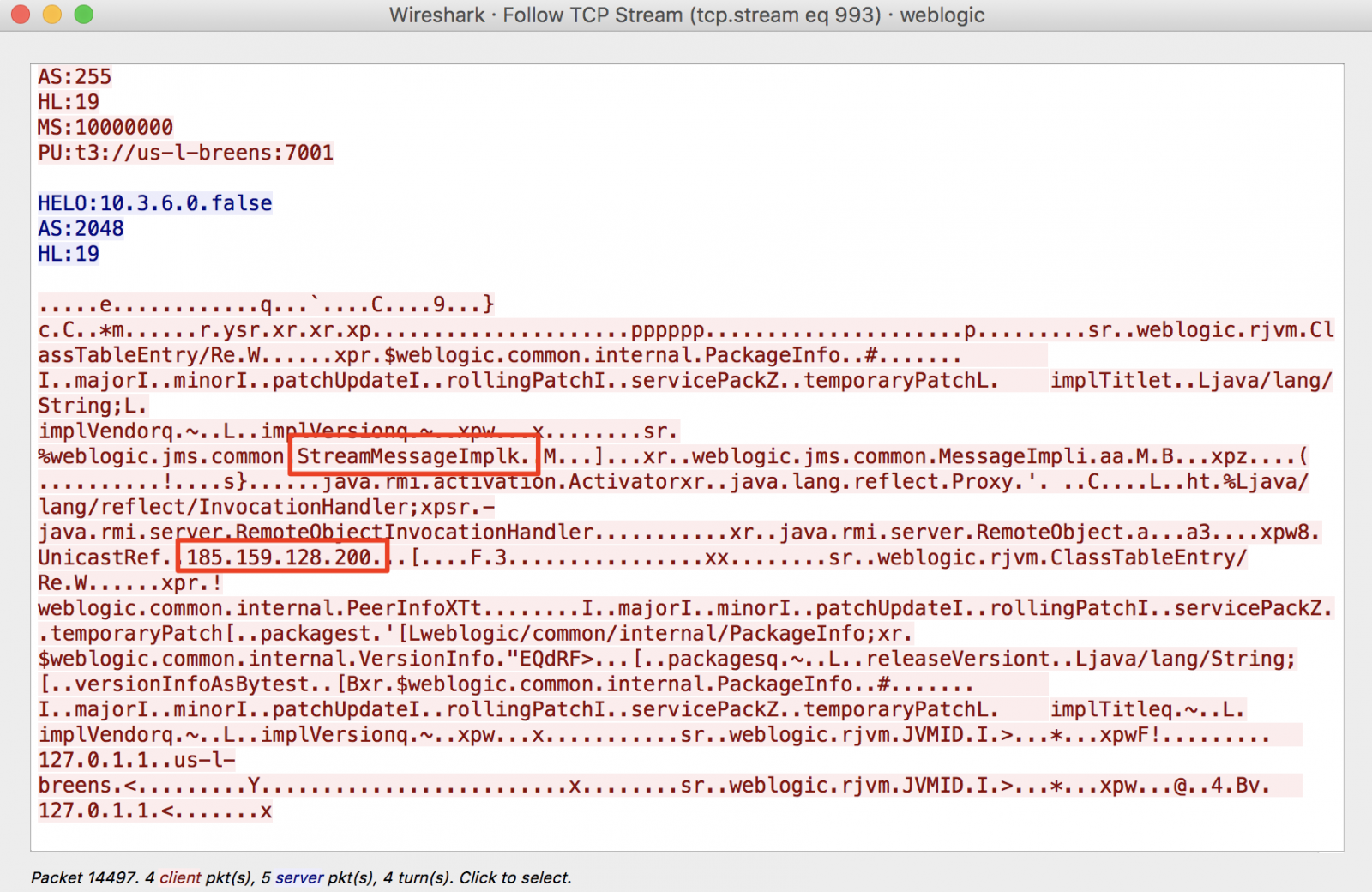 Scanning activity targeting port 7001 peaked in May of 2018 when another Weblogic vulnerability went public, unsurprisingly it was used to install crypto miners then (https://isc.sans.edu/diary/WebLogic+Exploited+in+the+Wild+%28Again%29/23617)