In the past, when you received a RAR file as attachment in an unexpected email, it often contained a single malicious Windows executable. For the infection to occur, one would have to open the attachment and double-click the executable.

Nowadays, a RAR file can also be an ACE exploit, like the popular CVE-2018-20250. Infection typically occurs by opening the attachment, and then restarting the computer or performing a logoff/logon cycle.

With oledump.py and plugin plugin_msg.py, one can inspect .msg files:

There's an attachment with extension .rar: 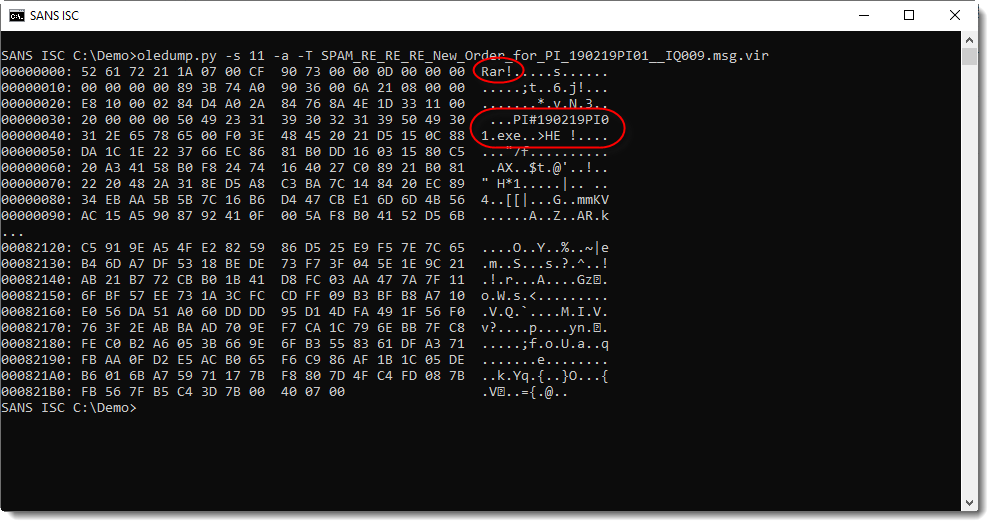 And it is indeed a RAR file containing an executable.

If it would be an ACE file masquerading as a RAR file (.rar extension in stead of .ace), one would see the following:

The binary data does not start with "Rar!", instead, one will see "**ACE**" a few bytes into the binary data.

The example above is a normal ACE file. ACE files with a path traversal exploit will have an abnormal path stored in the ACE file: