Python is a powerful and flexible programming language. It is no surprise that it is also used to create malware.

When PyInstaller is instructed to package a Python program into a single PE file, the resulting .exe is at least 2.8 MB (or more if there are more dependencies). Reversing a 2.8 MB EXE if no small task. But there are appropriate methods that I will highlight in an upcoming diary entry.

Before you can use appropriate methods to reverse an EXE produced by PyInstaller, you need to identify it. There is a simple method if the default option was used to produce the EXE: it includes the logo of PyInstaller as an icon. I also developed a YARA rule:

This YARA rule triggers on a PE file with at least one resource containing the string "pyi-windows-manifest-filename".

Or you can open the file with a hexeditor, go to the end of the file, and search for that string: 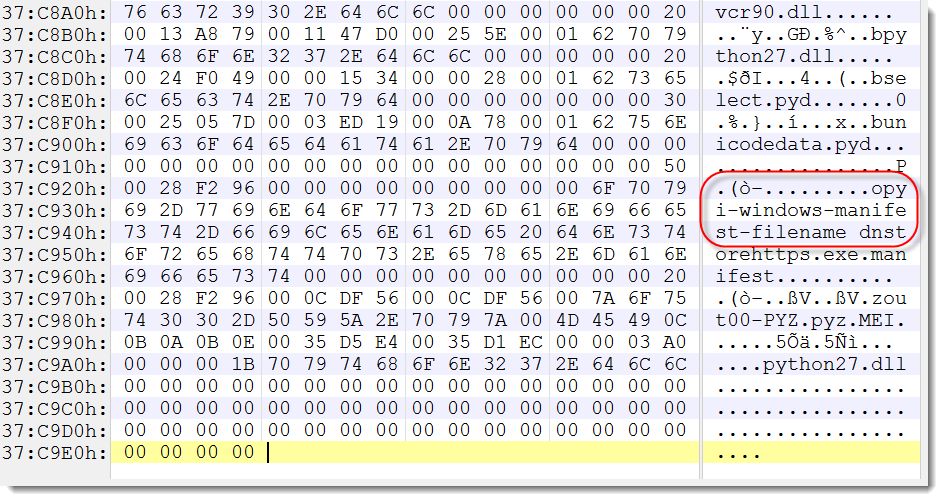