File2pcap - A new tool for your toolkit!

One of our readers, Gebhard, submitted a pointer to a tool today, released by Talos, that I wasn't familiar with.  However, when I realized it could generate packets, I had to try it out.  Its called File2pcap.  The concept of the tool is that instead of having to download a file and capture the traffic in order to write detection content, the tool would simulate the download and generate the traffic that you would see.  You get a nice pcap in the end.  I took a relatively benign phishing pdf (it had a link in it) and used it for my test.  The tool doesn't have any documentation until you compile it and run it.  Here are your options: 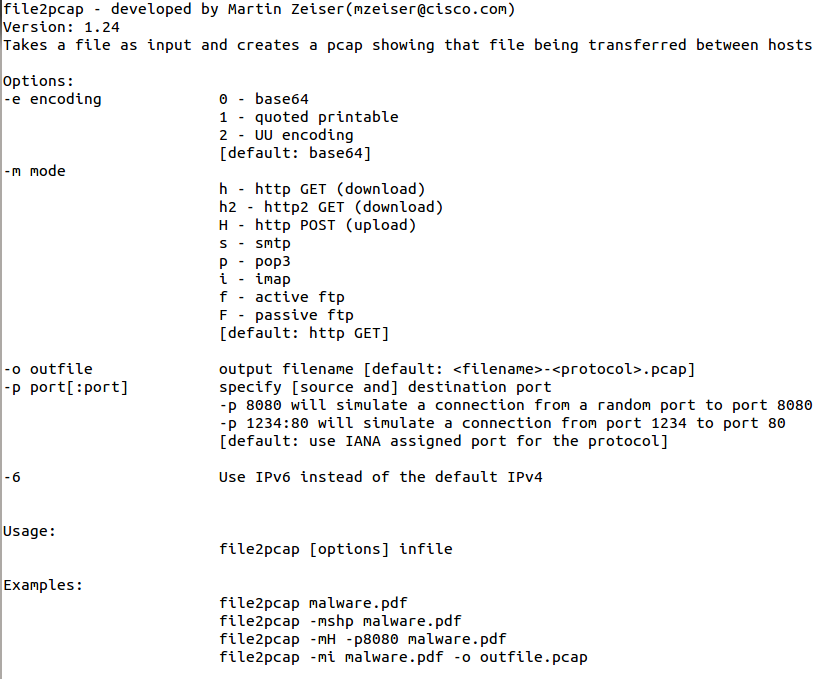 I ran a few test scenarios with it.  One for HTTP and one for SMTP.  For the HTTP, I used the following command line and specified a file name:

./file2pcap -mh -p 45678:8443 Wire_transfer_Notification.pdf -o httpout.pcap
It shows you if its working verses just returning a command prompt:
"Writing to httpout.pcap"
You can see by the packets, it matches the ports I told it to use:

For the SMTP I ran the following command:
./file2pcap -ms Wire_transfer_Notification.pdf -o smptout.pcap
Here is the data from following the TCP stream: 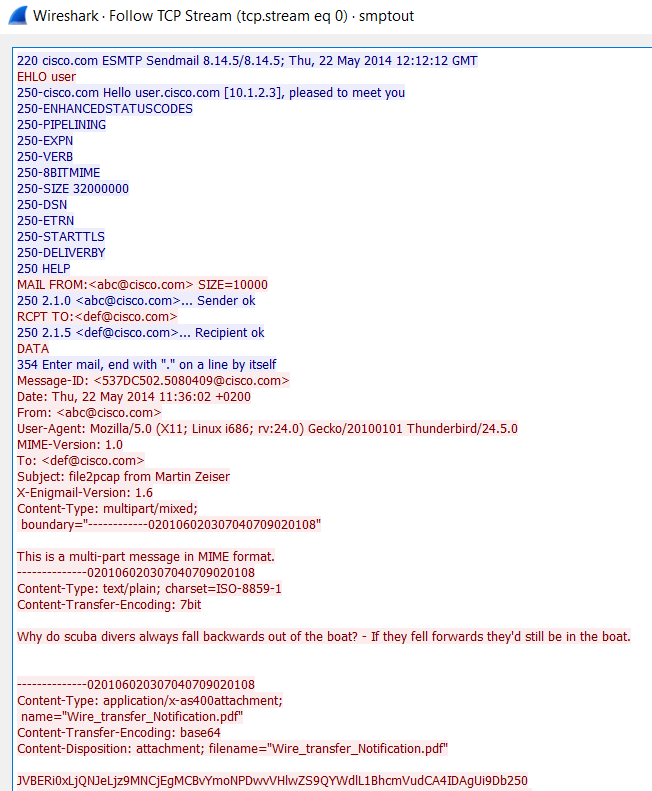