This month, Nuclear Pack changed its traffic patterns.  The changes are significant enough that I wonder if Nuclear Pack is at version 4.  Or is this merely an evolution of version 3, as we've seen throughout 2014?  Let's look at the traffic.

The above example has Silverlight, Flash, PDF and IE exploits.  In each case, a payload was sent to the vulnerable VM.  The traffic consists of two TCP streams.  The images below show the separate streams and their HTTP GET requests:

These patterns are not far off from the beginning of the year.  I only saw additional exploits from Nuclear Pack that I hadn't noticed before.

In December 2014, Nuclear Pack moved to a different URL structure.  I first noticed this on a pcap from Threatglass.com [7].  Initially, I'd mistaken the traffic for Angler exploit kit.  After reviewing the pcap in Security Onion, I realized this was Nuclear Pack.

Since the change in URL patterns, Nuclear Pack is XOR-ing the malware payload.  The image below shows an example where one of payloads is XOR-ed with the ASCII string: DvnQkxI 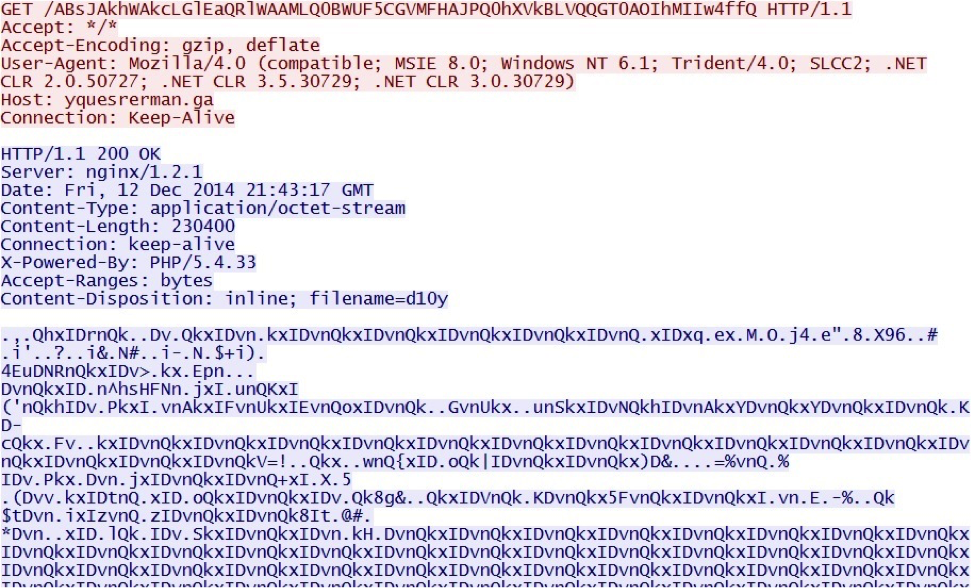 The change in traffic patterns is fairly significant for Nuclear Pack.  I haven't found any reason on why the change occurred.  Is this merely an evolution, or do these changes indicate a new version of Nuclear Pack?

Brad Duncan is a Security Analyst at Rackspace, and he runs a blog on malware traffic analysis at http://www.malware-traffic-analysis.net