The release of Wireshark 4.0.0 brings many new features, especially for the display filter syntax.

Specifying a protocol stack layer is one of the new syntax features. But let me first explain what the problem is, and then we can talk about the solution that the new syntax brings 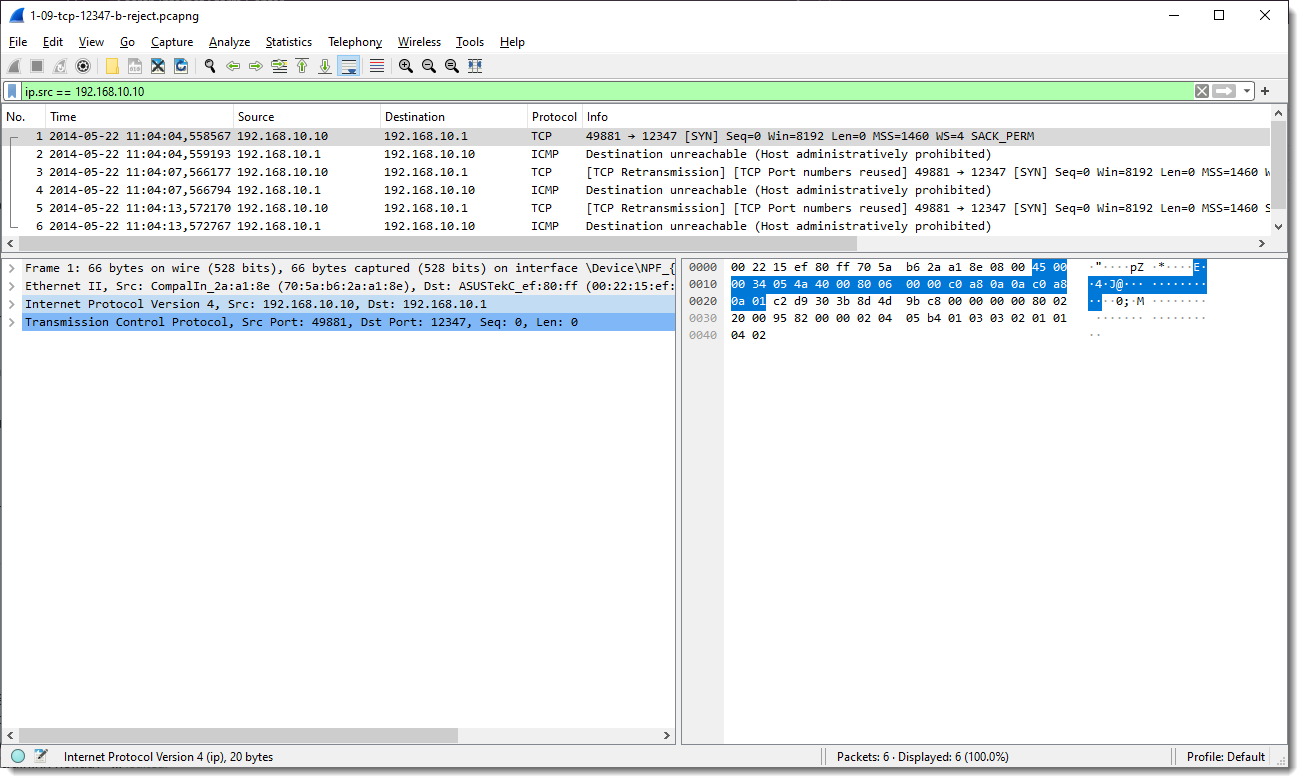 Why is that? Because the ICMP packets embed the IP packets that caused the error: 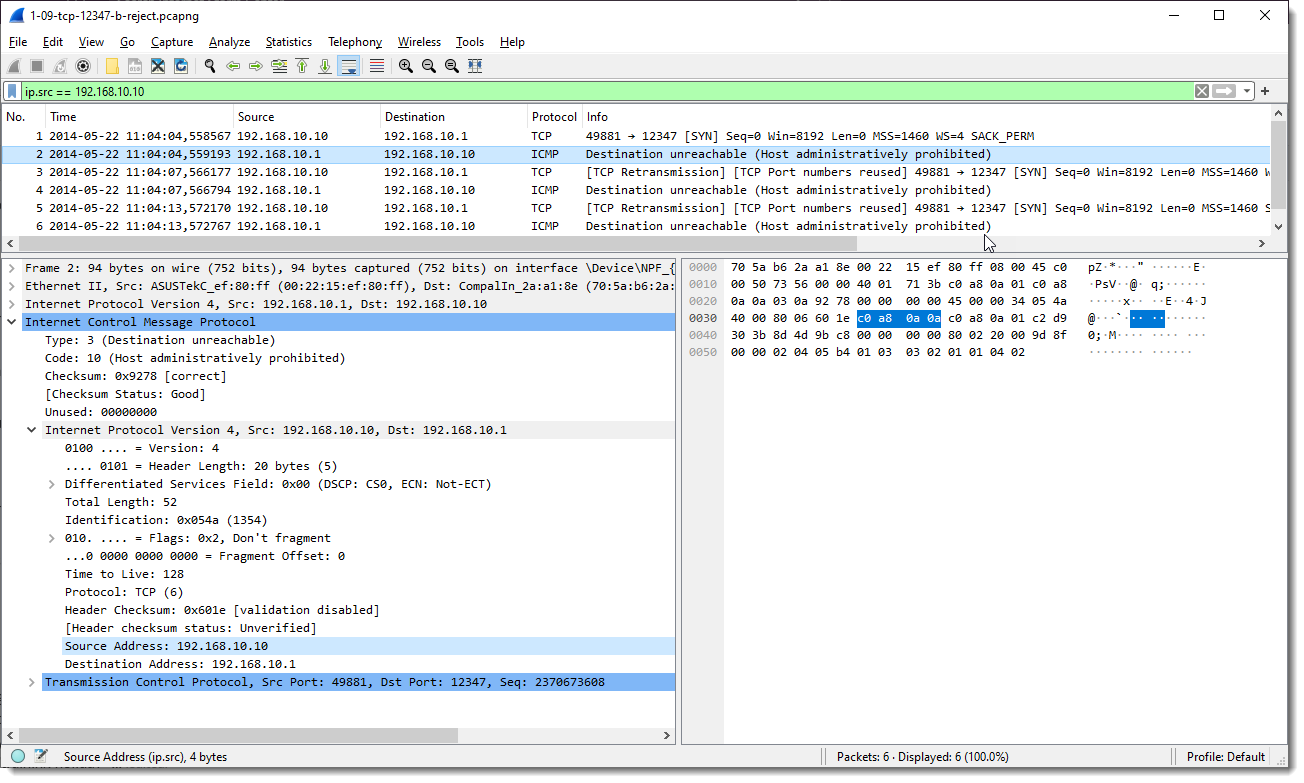 The solution brought with the new syntax, is that one can specify explicitly the protocol stack layer that should be matched, like this: ip.src#layer. Where layer is a number.

So that means that only the TCP SYN packets are displayed: 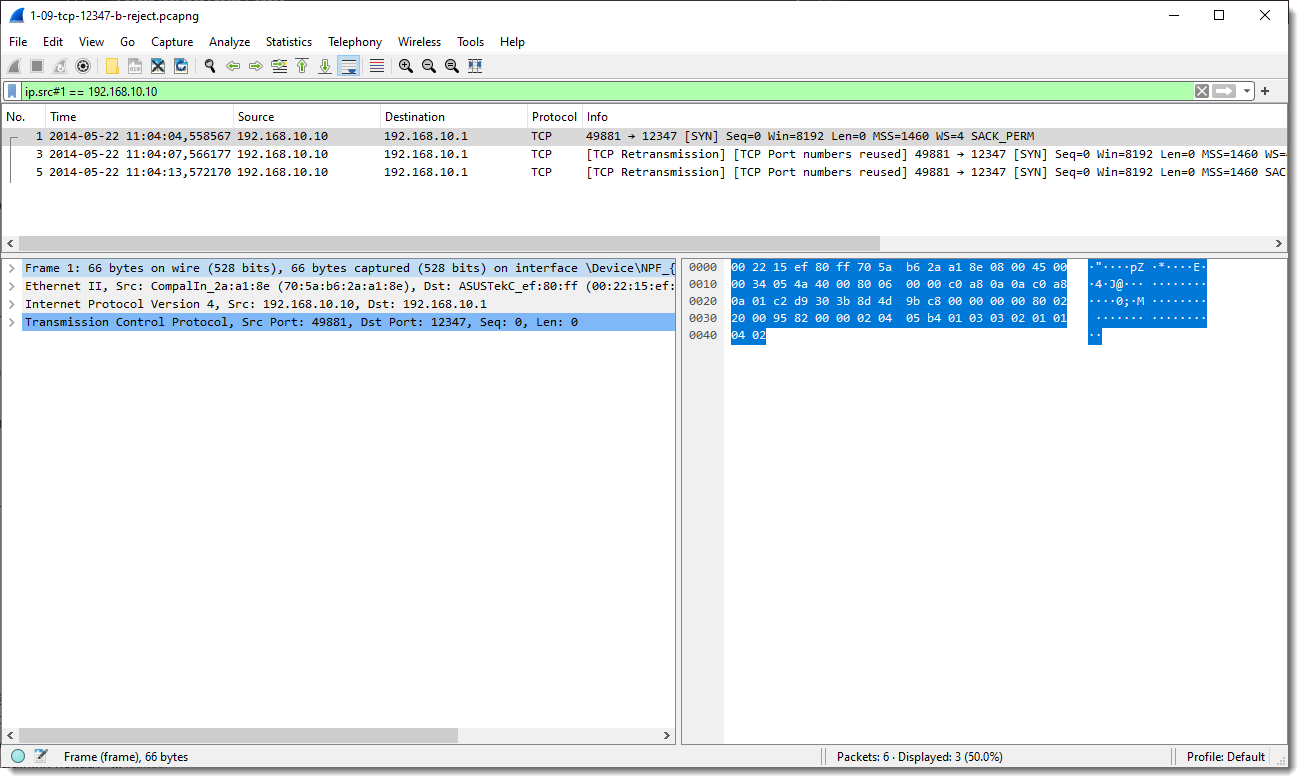 So that means that only the ICMP packets are displayed: 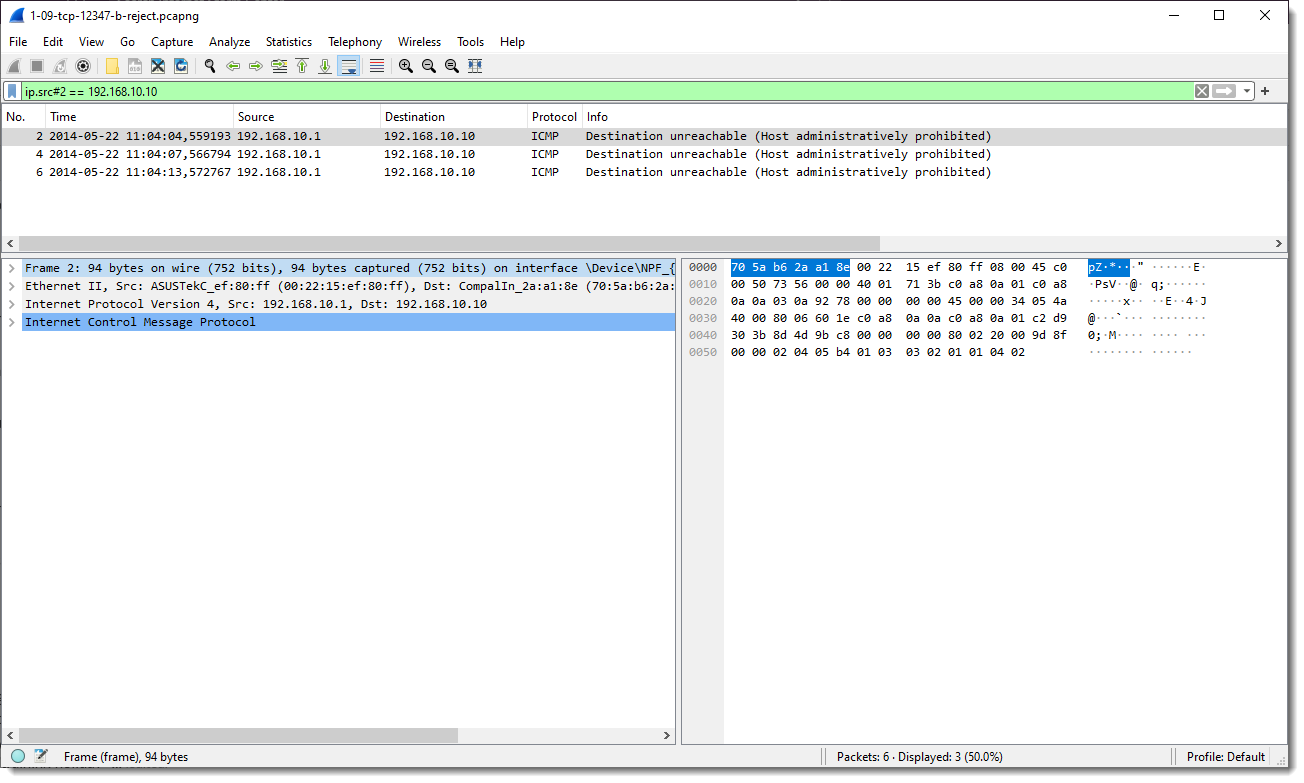