This will be a set of two diaries covering how nmap and p0f performs OS fingerprinting.

This diary will cover nmap. For its content, a virtual machine will be used in VMWare with Ubuntu 16.04 operating system and a network capture, which can be downloaded from here. The following topology is being used:

Now we proceed to break down packet number 2003. Below you can see its hex dump.  Can you get the same values as me for the fields that I will describe below? Remember that the package includes the level 2 headers of the OSI model:

Let's verify the responses for some specific packets. There are no TCP answers for packet 2023 (TCP packet with no flags):

What about the answer for packet 2003?

These answers are processed by nmap to determine what is the operating system of the remote host.

How can you forge the remote host answers to these specific nmap os fingerprint packets? Let's use OSFooler:

2. Setup and install the tool. You need to have previously installed python-setuptools and python-nfqueue:

3. Update the tool with the latest nmap database:

4. Let's find a fingerprint for Windows 8 to forge: 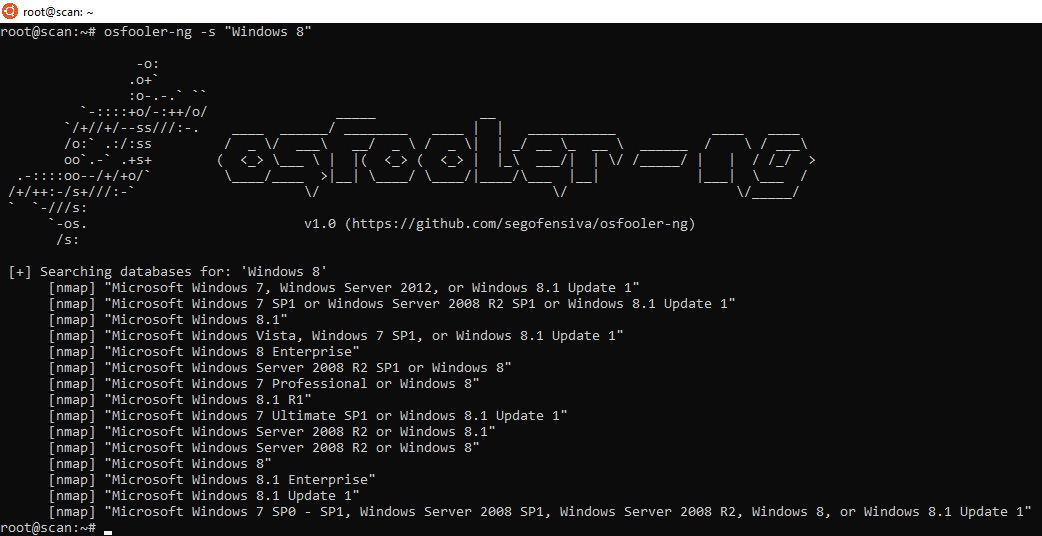 5. Let's forge the answers of the linux machine to make it look a Windows 8.1: 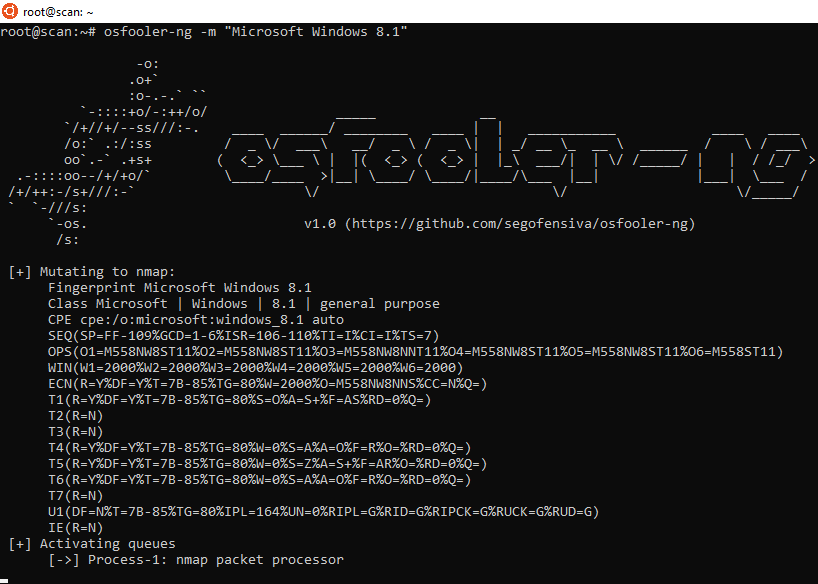 Do you know any other interesting tools to fool OS fingerprint? Feel free to comment this diary or contact us.