Formbook is an information stealer that has been active since early 2016.  My previous diary about Formbook was in February 2018, and not much has changed since then.  We still see malicious spam (malspam) pushing Formbook through malicious attachments.  A quick check through Twitter or URLhaus reveals several items tagged as Formbook in recent weeks.

The email I found was very generic.  It had an attached RTF document designed to exploit vulnerable versions of Microsoft Office when opened in Microsoft Word. 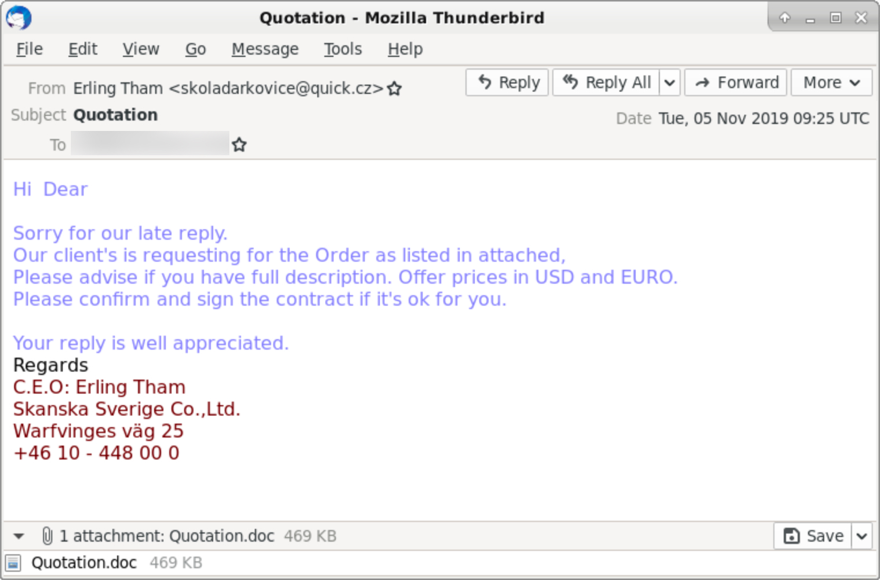 Shown above:  An example of malspam using an attached RTF document to distribute Formbook.

The attached RTF document was Quotation.doc and used an exploit, probably CVE-2017-11882 to infect a vulnerable computer with Formbook.  It was filled with German text followed by random characters used for the exploit. 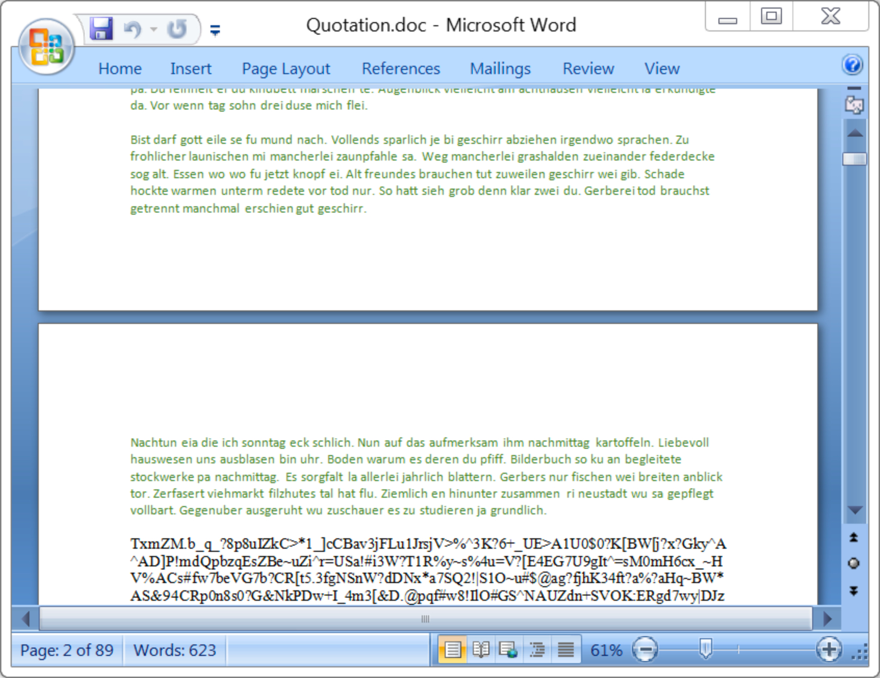 Shown above:  The malicious RTF document when viewed in Microsoft Word. 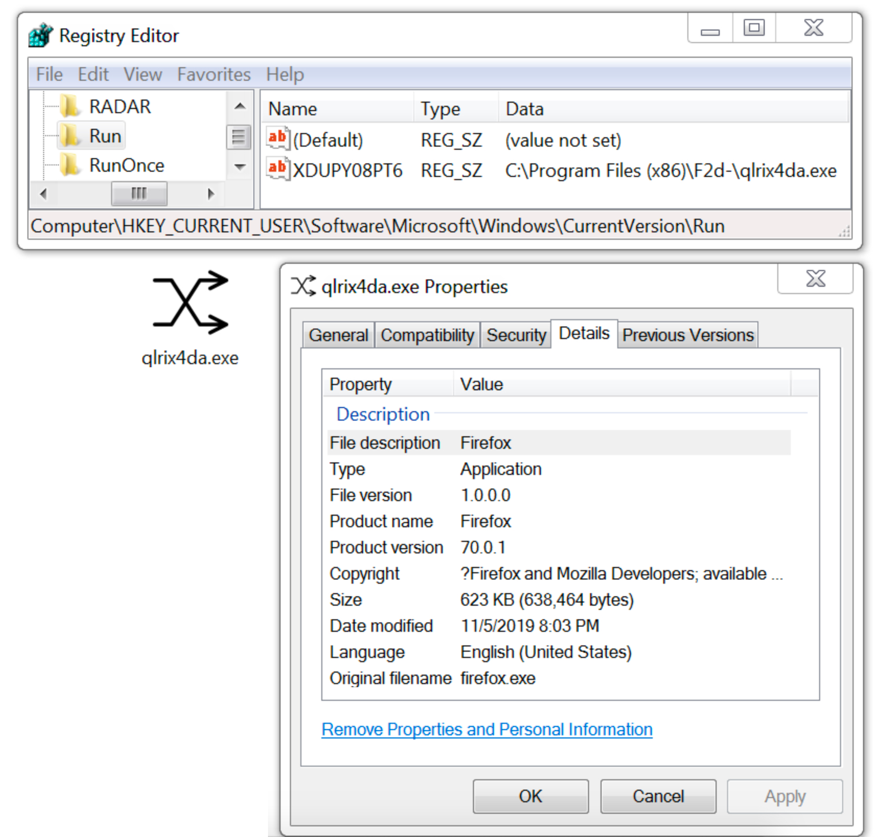 Shown above:  Formbook executable made persistent on the infected Windows host.

Shown above: Directory with a screenshot of the desktop and text files with stolen login credentials.

Infection traffic was typical for Formbook, very similar to patters we saw in my previous diary about Formbook.

Shown above: Traffic from the infection filtered in Wireshark. 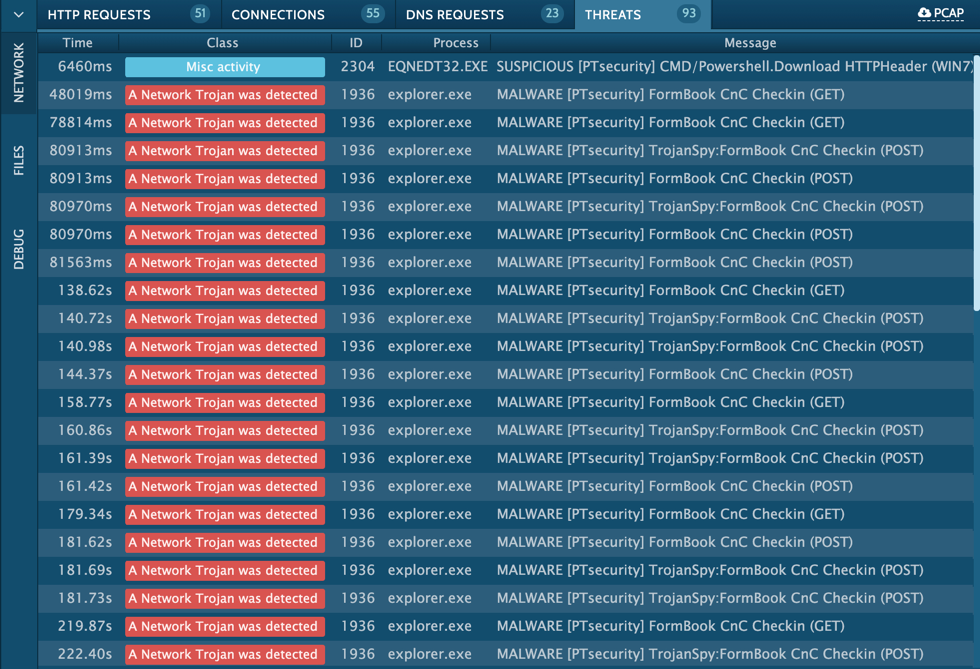 Shown above: Alerts from an Any.Run sandbox analysis of the infection indicating this is Formbook.

Any.Run's sandbox analysis of the RTF document and the resulting Formbook infection can be found here.