Remote Desktop Services (or RDP, as most people call this service) is undoubtedly one of the most useful services that Windows administrators depend on. Introduced all the way back with Windows NT, Microsoft has been continually adding new features to Remote Desktop Protocol, with the current version 7.1.

As I’ve been spending a lot of time analyzing Windows logs, I found that the introduction of NLA changed behavior of RDP servers regarding logs, due to the way it works. While the overall security level remains the same, consider this more a kind of a reminder on what to look for if you ever have to investigate a security incident concerning RDP connections.

So, before Windows 7 and Windows Server 2008, once we decided to use RDP to connect to a remote machine we fired up mstsc.exe, entered the name or IP address of the destination server and soon (or not so soon, depending on how fast or slow your connection is), the following screen welcomed us: 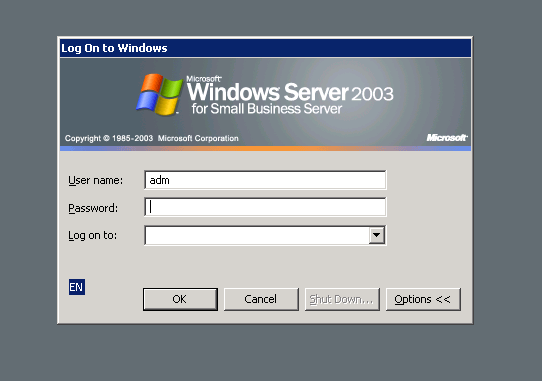 In this case the user can enter his/her credentials for the server to verify. In this case, the verification process is done by the target RDP server – behind the curtains, this server either contacted the domain controller or authenticated the user locally. In this case, an event 672 (for successful Kerberos authentication; event 4768 on Windows Vista/7/2008) or event 680 (4776) (in both successful and failed NTLM authentication) will be logged, following by a 528 or 529 (or 4624 and 4625 on Windows Vista/7/2008) event. In case of this event (528 or 529), its Logon Type value will show 10 which means RemoteInteractive or simply RDP.

All good in this case, since we can see the server that the user tried to connect to (the server requesting the authentication), and on the server we can see the source IP address of the user and his/her successful or unsuccessful connection attempt. If you are now collecting logs to a central log management server you can simply report or alert on brute force attempts on RDP.

However, with NLA things changed a bit. Since the authentication process has been changed, if the user now tries to login to a RDP server with his domain credentials, the mstsc.exe client will try to authenticate with the domain controller directly. If this attempt was unsuccessful it will result in a 675 event (pre-authentication failed), or 4771. This is as expected – if we haven’t supplied a valid username and password, the authentication will fail.

The problem I noticed here is lack of context: this event is same as any other authentication attempt in the domain. In other words, there is absolutely no way for an administrator monitoring logs to know if the user in question is trying to connect to a RDP server or just brute forcing accounts. Of course, this is not a security vulnerability since the domain controller will respect all implemented security controls such as account locking but there is a small lack of context which can help an attacker “hide” his true actions (accessing RDP).

So, to wrap this up – if you are monitoring your Windows logs don’t be surprised if suddenly you don’t see many (or any) 529/4625 events with Logon Type 10.

Very timely post Bojan, we were just creating an RDP monitoring report in our SIEM. Do you have any information on which RDP clients are supporting NLA -- presumably the Win7 and 2K8 built-in clients do?

I see RDP Sessions without any attempt at credentials, (or rather nothing in event log showing me an audit failure), would these be NLA attempts?

@Paul: Windows XP after SP3 supports NLA as well but I think it's not turned on by default.
Regarding servers, I think only Windows 7 and 2008 support it.

@Yinette: Most probably - that would mean that authentication is handled by your domain controller(s) and the RDP server just gets the connection (after successful authentication). If the authentication was unsuccessful you won't see anything (no events) on the target RDP server at all, unless the attacker tried a local account on that server in which case NTLM will be used for authentication.