It has been a while since I hunted for phishing sites. I recently found one, and will briefly highlight the interesting observations I gleaned from analyzing the particular phishing site I discovered.

I had first tried to find sites that masqueraded as logins for financial institutions, but found that most phishing sites that did so had been taken down (which is a great thing!). I then pivoted to Outlook Web Access (OWA) sites, and soon found one that looked quite interesting. With reference to Figure 1, I found a site “auth.internal.africa” that appeared to be a OWA login page. Keep in mind the area highlighted by the red box. 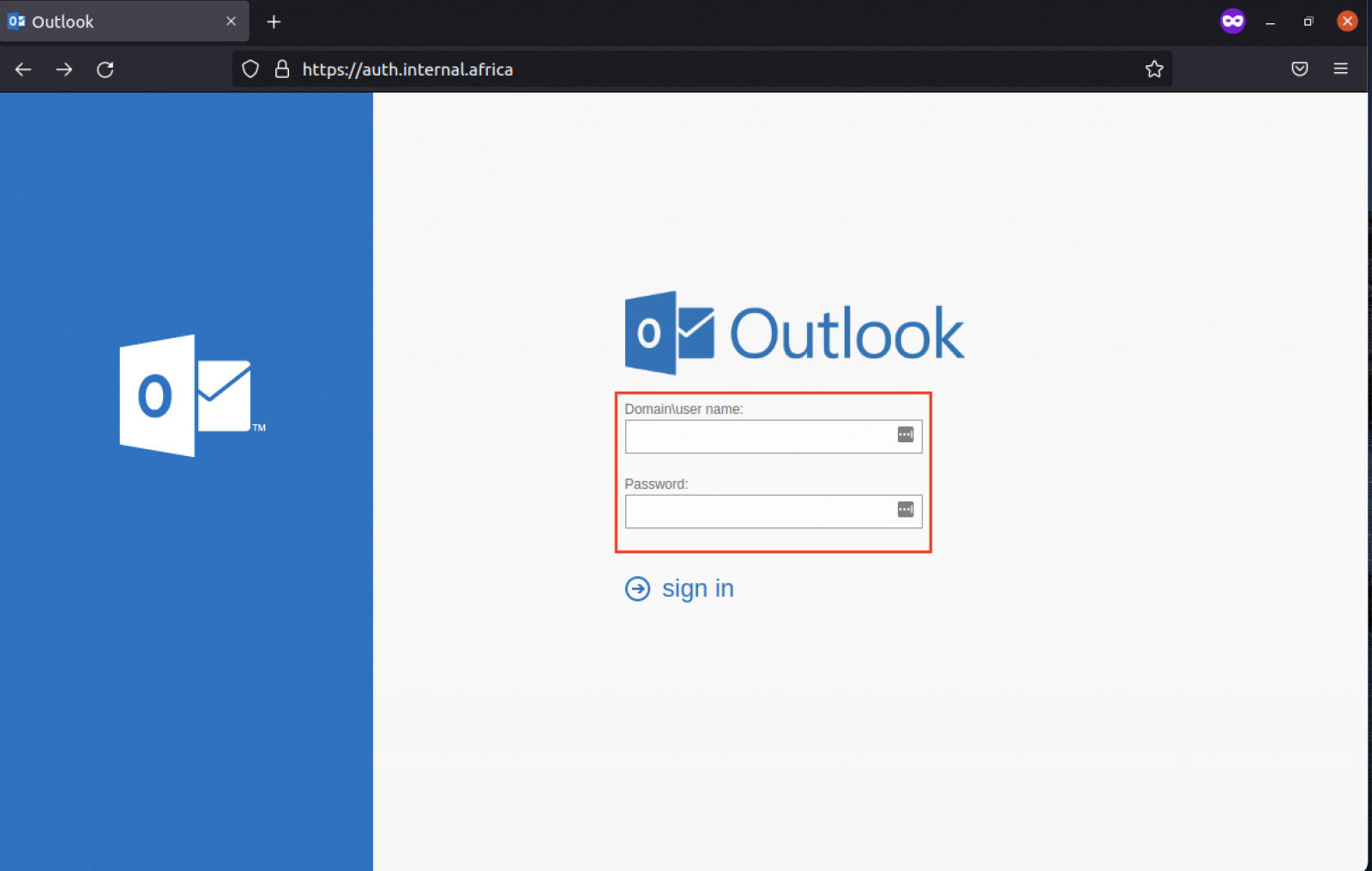 The site did not yield any further information at first glance, so I dived into the HTML source to see what I could glean. Surprisingly, at the second line of the HTML code, there were comments that helpfully informed me of the designated targets (with reference to Figure 2).

Since the target was now clear, I was curious to find out how the original site looked like and if there were any observable differences. With reference to Figure 3 and comparing it with Figure 1, it was observed that the original site did not have the grey boxes at the right side of the input fields (highlighted in red boxes). Additionally, the fonts and placement for the words “sign in” also differed slightly. 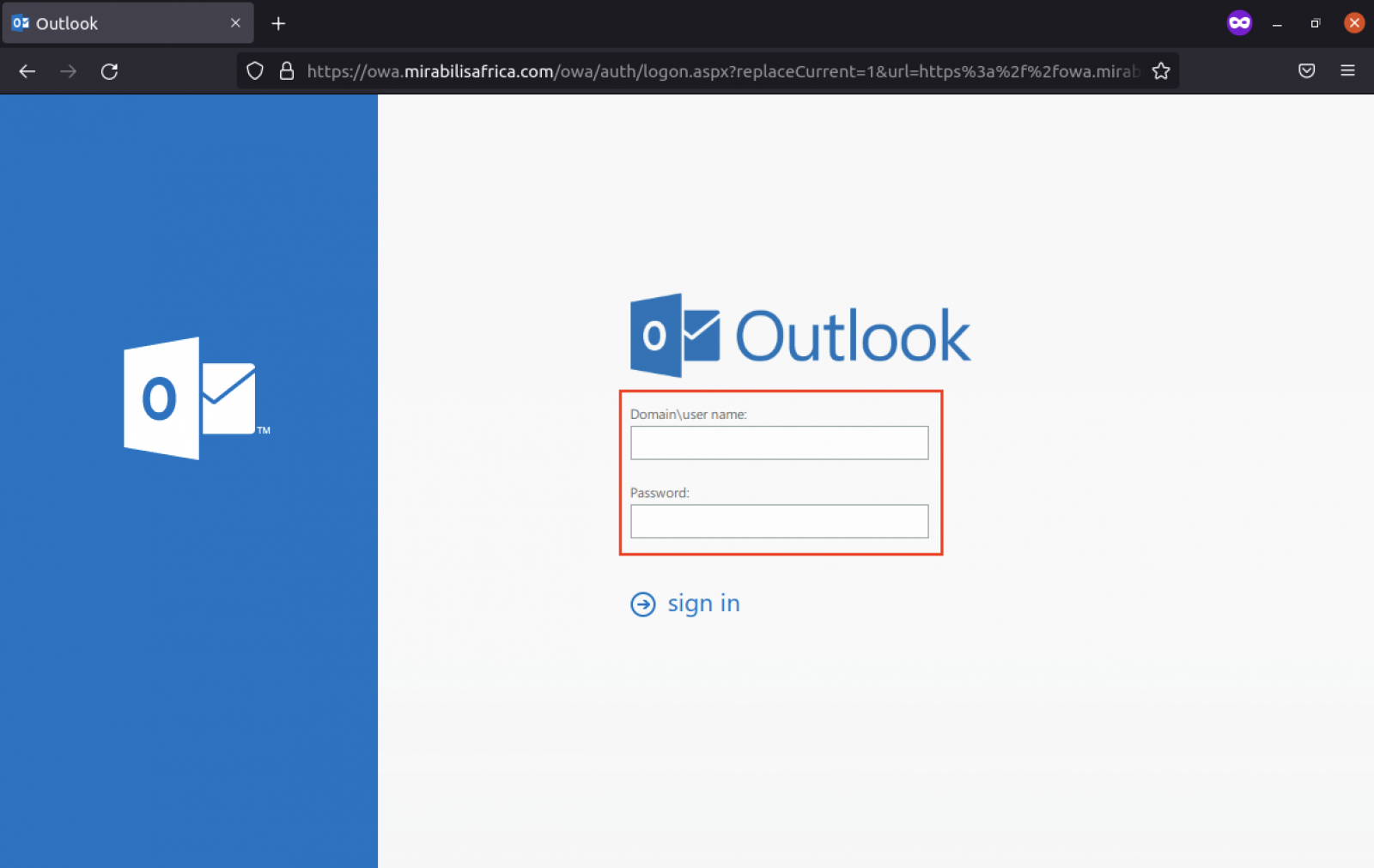 I compared the HTML source code of both sites, and also observed that the phishing site used a HTTP GET method (expected since the adversary would want to view the credentials that were input) whereas the actual OWA site used a HTTP POST method (also expected, since the actual site would have to submit the credentials for login). This is shown in Figure 4 (I used diff to compare the HTML source code), and further shown in line 1325 (phishing site HTML source) and line 1334 (OWA site HTML source).

On a lighter note, I also observed that the phishing site had undergone grammar checks, or at least used Grammarly (with reference to Figure 5).

I have written to the website owner to notify them about the phishing page. For organizations that use OWA, perhaps it would be timely to remind users to be vigilant towards phishing pages that can bear a close resemblance to your organization’s OWA page. Although measures such as Multi-Factor Authentication (MFA) can possibly delay outright usage of stolen credentials, training users to identify and avoid phishing sites will help increase an organization’s resiliency against potential cyber attacks.

Is this an apt forum to discuss techniques used to discover such phishing sites? Is discovery done using reports from threat solutions?

[quote=comment#44232]Is this an apt forum to discuss techniques used to discover such phishing sites? Is discovery done using reports from threat solutions?[/quote]

You could post in any of the forums such as https://isc.sans.edu/forums/General+Discussion/ if you'd like to talk about those. The site was discovered via manual hunting and did not rely on reports from threat solutions.