In diary entry "Maldoc Analysis of the Weekend", I use the strings method explained in diary entry "Quickie: String Analysis is Still Useful" to quickly locate the PowerShell command hidden in a malicious Word document.

A comment was posted for this diary entry, asking the question: how can one find a property value with my tools, instead of the strings command? I gave one example in diary entry "Word maldoc: yet another place to hide a command", and I'll give another example in this diary entry.

With oledump.py, I get an overview of streams in the document: stream 8 contains macros (indicator M):

From the previous analysis, I know that a Shell statement is used to execute a PowerShell command. I grep for string "shell" to find this command in the VBA source code in stream 8:

I grep for this variable in the VBA source code:

The object is a shape with name "qg1batoc21p". This object, with its name, can be found in another stream (not in the VBA stream). I use option -y to create and use an ad-hoc YARA rule to search for this name.

Option -y takes an argument, usually it's the name of a file that contains YARA rules. oledump.py will use the provided YARA rules to search through each stream, and report matching rules.

Stream 4 and stream 8 contain string "qg1batoc21p". Stream 8 contains the VBA code, so it's to be expected that it contains the string. Hence I take a closer look at stream 4 (1Table), where I expect to find property AlternativeText value.

I use option --yarastrings to know at which position(s) the string "qg1batoc21p" was found: 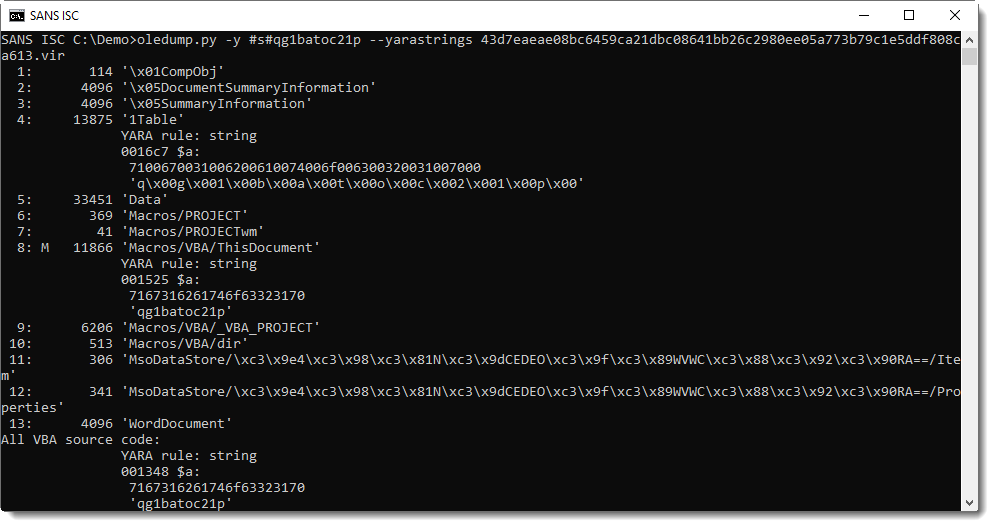 We can see the start of the PowerShell command in UNICODE. With a bit of trial and error, I figure out that I need to select 0x14C8 bytes to get the complete command: 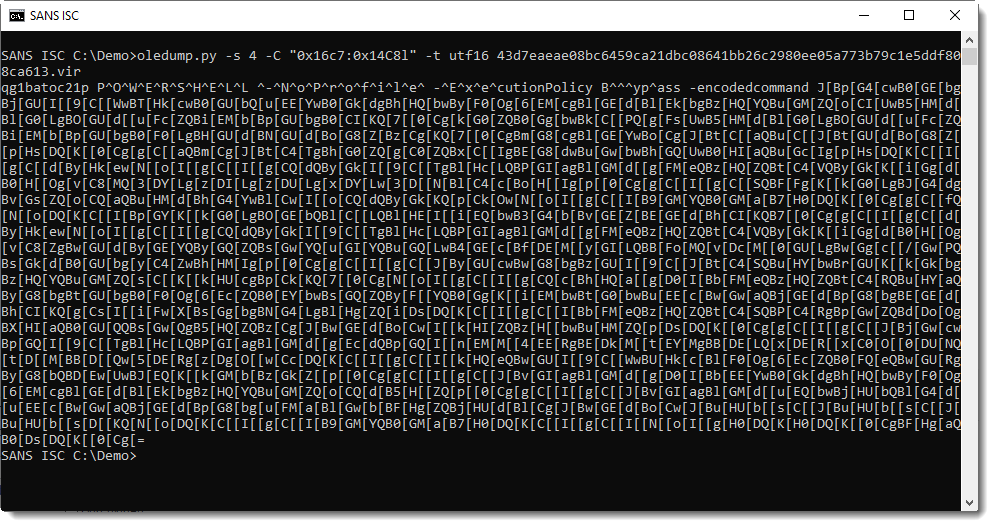 Tomorrow, I will post a video showing this method and a second, slightly different method.