Formbook has been around for years.  According to FireEye, Formbook has been "..advertised in various hacking forums since early 2016."  My previous diary about Formbook was back in November 2019, and not much has changed since then.  It still bears documentation, though, if only to show this malware is still active and remains part of our threat landscape.

Shown above:  Flow chart for the Formbook infection covered in today's diary.

The lure for this particular infection was a malicious Excel spreadsheet.  Searching through VirusTotal, I found a malware sample that I tested in my lab.  The submission name was /tmp/eml_attach_for_scan/2433e76542036ab53b138a98eeda548a.file, so I don't know what the original file name was. 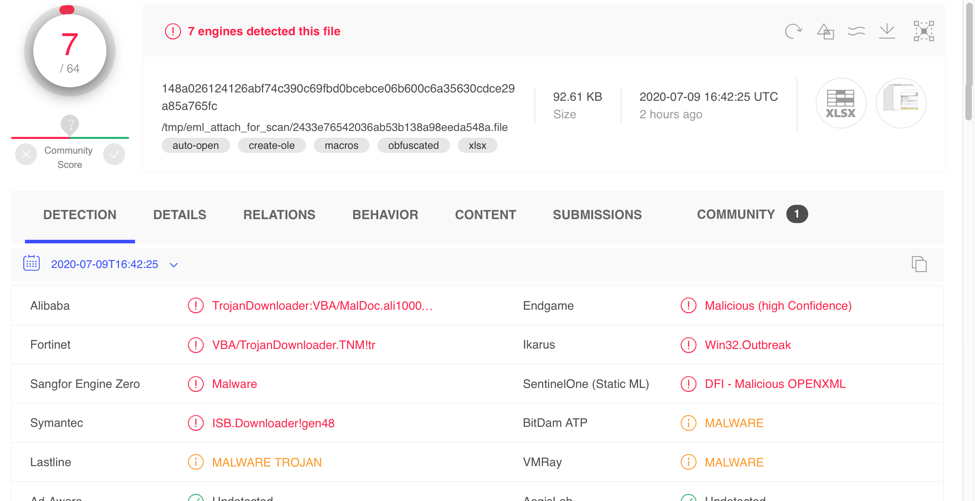 Shown above: Malicious Excel spreadsheet I found in VirusTotal. Shown above: The malicious spreadsheet opened on a vulnerable Windows 10 host, ready for me to enable macros.

The initial infection happened immediately after I enabled macros, when my lab host retireved a Windows executable (EXE) for Formbook from hxxp://sagc[.]be/svc.exe and executed the file.  See the images below for details. 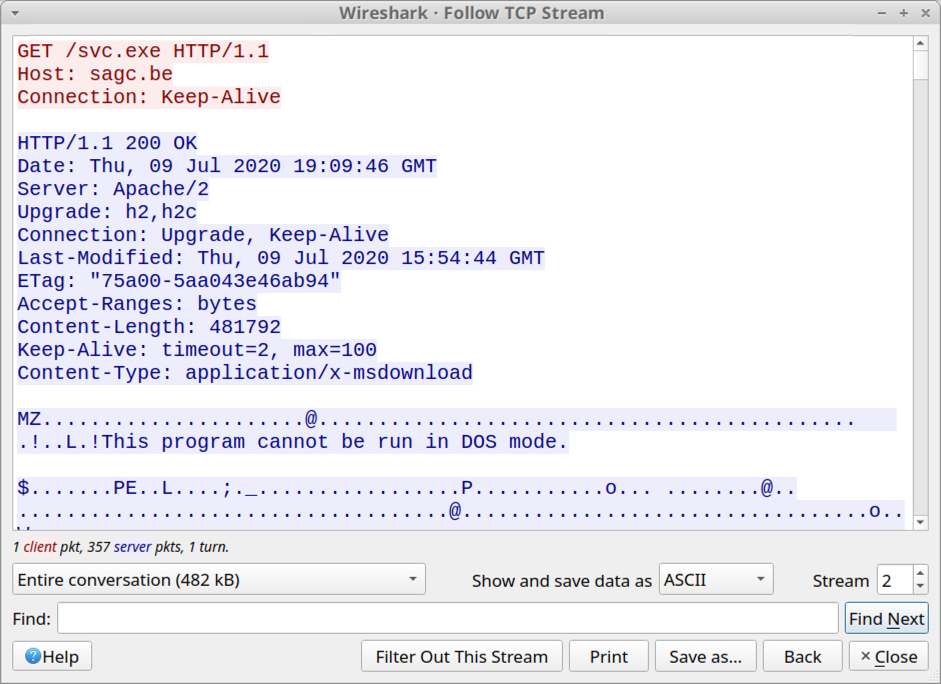 Shown above:  My lab host retrieving the Formbook EXE from sagc[.]be after enabling macros. 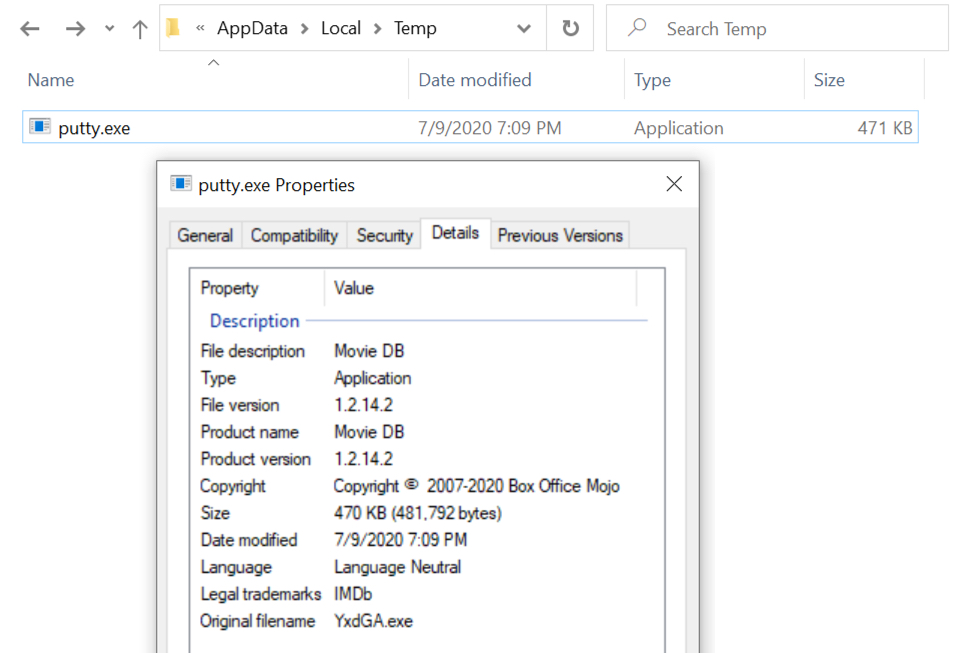 Shown above: Initial location where the Formbook EXE was saved to my lab host. 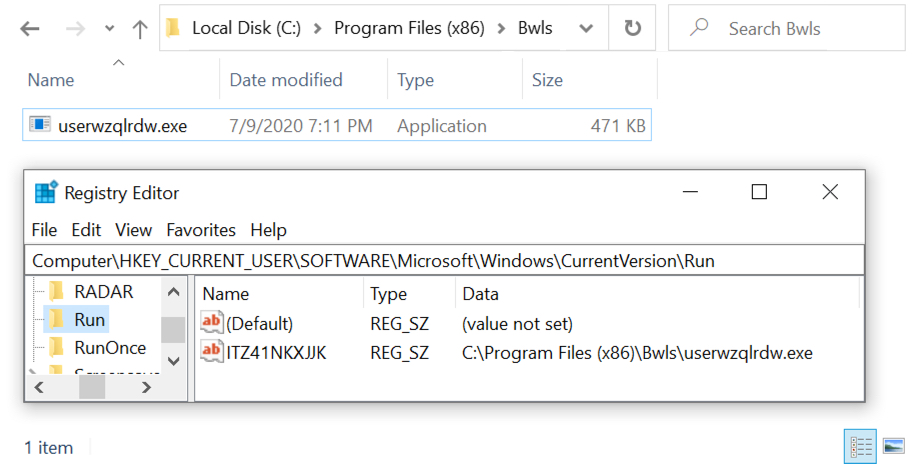 Shown above:  Formbook EXE's final location on my infected lab host with a Windows registry update to keep it persistent.

Post-infection traffic was sent to several different domains using URL patterns shown in the next image. 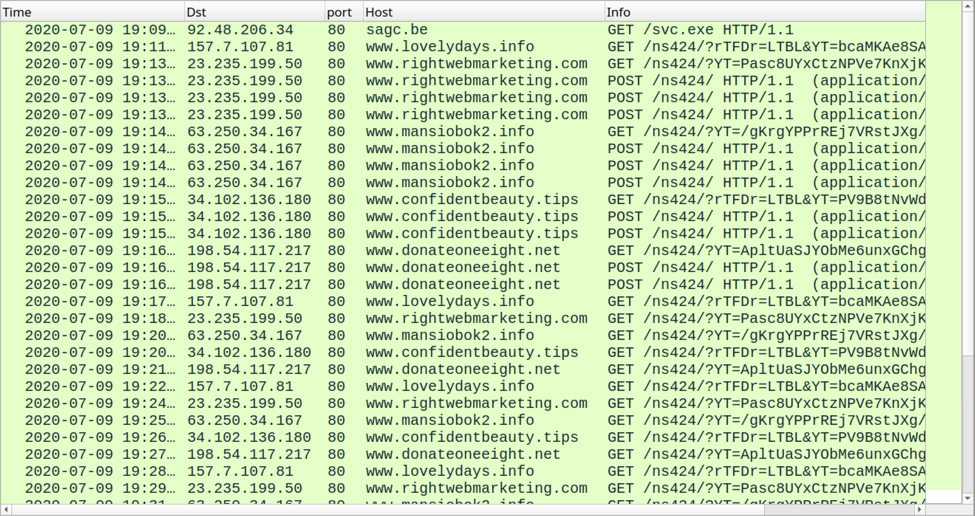 Shown above: Traffic from an infection filtered in Wireshark.

Data stolen by Formbook included a screenshot of my infected lab host, along with keystroke logs, application passwords, sensitive data from the browser chache, and information contained in the clipboard.  This data is temporarily stored in a randomly-named folder under the infected user's AppData\Roaming directory.  These artifacts are deleted after the data is exfiltrated through Formbook command and control (C2) traffic.

Shown above: Stolen data from the infected Windows host, waiting for Formbook to exfiltrate it over C2 traffic.

Traffic from an infected Windows host:

Formbook infections work nearly the same as they did when I wrote my first diary about Formbook in October 2017.  I'm surprised that I still occasionally run across a sample during my day-to-day research.  An up-to-date Windows 10 with default security settings should prevent these sorts of infection from happening.  I guess it's still somehow profitable for criminals behind Formbook to continue developing this malware.  Apparently, there's no shortage of vulnerable Windows hosts for potential targets.

A pcap of the infection traffic and malware samples for today's diary can be found here.

It is indeed purged, well spotted.