The use of Bluetooth-enabled devices remains popular. New products (such as mobile phones, laptops and fitness trackers) still support this protocol and have even launched with more recent versions (e.g. Samsung S23 family of phones, iPhone 14 and 14 Pro, Apple Watch Series 8/SE/Ultra all shipped with Bluetooth 5.3). I had previously written about surveying the trend of Bluetooth vulnerabilities back in 2021 [1]. As roughly a year or so has passed, it was a timely moment to review how things may have evolved with respect to the vulnerabilities discovered. Compared to the previous diary, the current Bluetooth core specification has been bumped up to 5.3 (from 5.2 as compared to the previous diary) [2].

Firstly, to get an overview of the current situation, I turned to the CVE List hosted by MITRE and searched for Bluetooth-related vulnerabilities. At the point of writing, there was a total of 647 publicly listed vulnerabilities related to Bluetooth [3]. From the time since I last wrote the diary (May 2021), there was an increase of 202 publicly disclosed vulnerabilities. To further illustrate the trend, I updated the previously plotted graph (Figure 1 below). There were minor updates to the number of vulnerabilities disclosed (e.g. 2019 and 2020), probably due to the lifting of embargoed vulnerability listing as they have been patched (or perhaps not being fixed after a certain period of non-disclosure). We also do not distinguish between Bluetooth Classic and Bluetooth Low Energy (LE) in the graph. 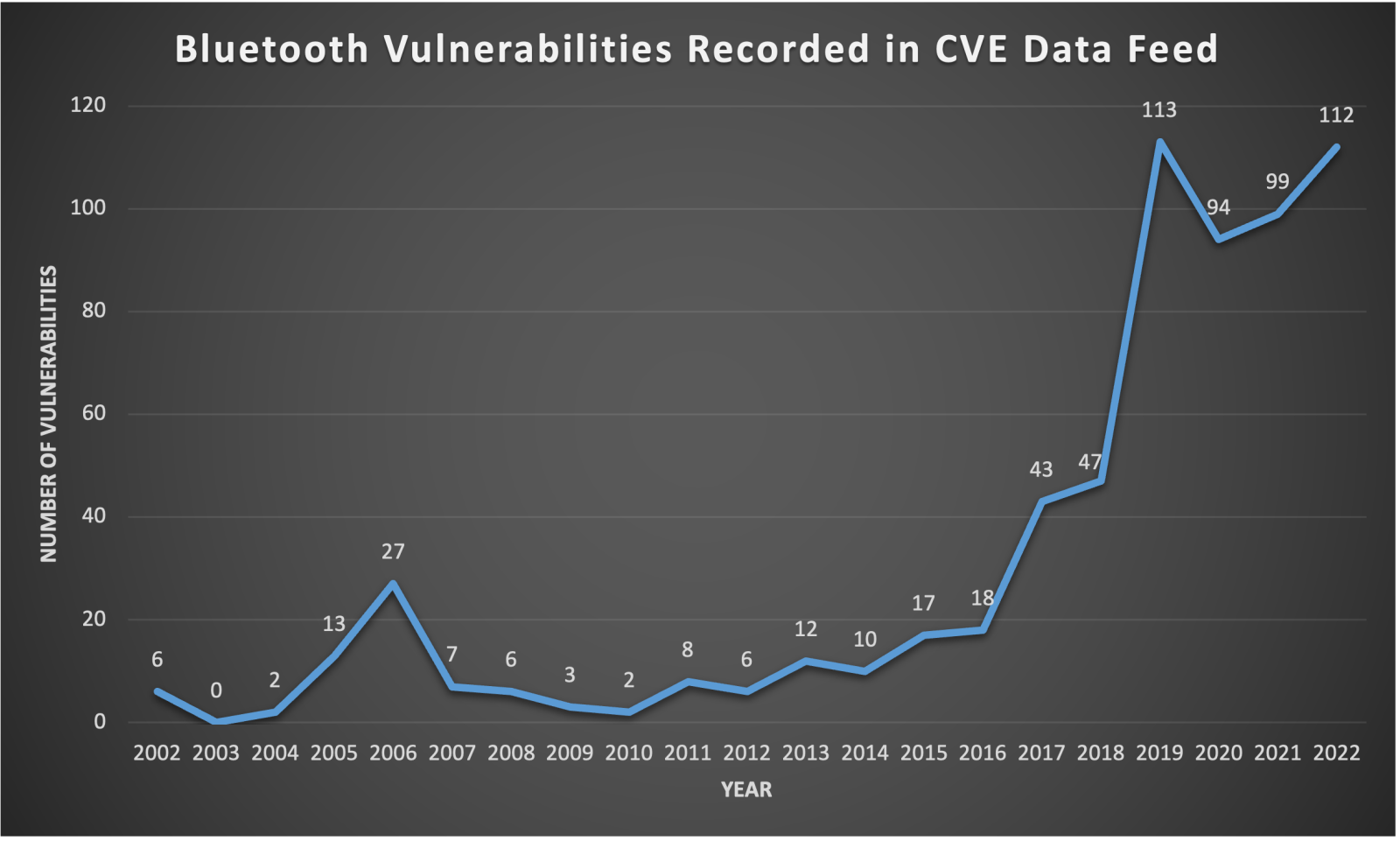 It would be interesting to see what 2023 would be like for Bluetooth – would there be more implementation or protocol design vulnerabilities reported to the Bluetooth SIG? Will there be closer collaboration between product vendors and System-on-Chip (SoC) vendors in rolling out security updates for the Bluetooth implementations in the affected devices? Although it appears that the number of Bluetooth vulnerabilities being discovered is rising again, we can take comfort that at least a vital protocol is being examined and improved upon.