One of the notable additions to iOS 15, which was officially released yesterday, is its "Private Relay" feature [1]. Unlike a "simple" VPN, the private relay does appear to be more of a proxy service for HTTP, and it uses two hops with distinct entities to not allow one entity to become the new single-point-of-privacy-failure. 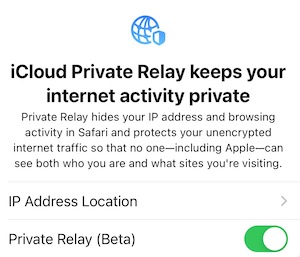 An "Apple+" subscription is required to use a private relay. All connections are authenticated with Apple. Apple states that it has some anti-abuse features in place but only mentions rate-limiting as one specific feature. Unlike most VPN services, Apple publishes a list of their egress IP addresses, including the geolocation assigned to them [2]. It does not appear to be possible to alter your geolocation using Private Relay. One setting allows for a "more relaxed" location matching. Many people sign up for VPN services to watch content designated for a particular location. Apple's private relay does not appear to support this use case.

So, in short, Apple focuses on privacy with its Private Relay. The Private Relay appears to be limited to HTTP(s) traffic. Application not using HTTP(s) do not appear to use Private Relay. I used as a test the "Speedtest" application from Ookla, and it still displayed my actual ISP.

Each Private Relay egress point uses an IPv4 and IPv6 IP address. Even if your network is IPv4 only, you will be able to connect to IPv6 resources. This confused me at first, as my home network does not use IPv6 right now, and I still appeared to use an IPv6 address. My first guess was that some traffic still used the IPv6 address provided by the cell phone interface. But I ruled that out by disabling the cell phone interface. If the LTE/5G is used, the IPv6 address used is Apple's and not the ISPs. So both IPv4 and IPv6 addresses are anonymized.

The connection to the relay uses QUIC to port 443/UDP and TLS 1.3. The client hello includes the server name extension and the server name "mask.icloud.com." Only 3 cipher suites are offered (TLS_AES_128_GCM_SHA256, TLS_AES_256_GCM_SHA384, TLS_CHACHA20_POLY1305_SHA256). The server ends up selecting the AES128 suite. Application Layer Protocol Negotiation (ALPN) is also used, with unsurprisingly HTTP/3 being the only option.

The HTTPS RR is interesting. It is not yet finalized as an RFC as far as I know [3][4]. But I have seen it pop up occasionally. For the case of mask.icloud.com, I did not get a response for the HTTPS RR. Maybe it will show up in the future. But the idea is that part of the ALPN negotiation will happen via DNS. HTTPS RR is a performance feature, but it can also be used for encrypted client hellos (ECH), which is supposed to replace respective TXT records that have been used in the past to encrypt the server name option.

Private Relay does offer some additional privacy protections. It is a bit less than a "real" VPN, but close to it and easier to use. (plus free if you already have iCloud+).

It it works as a HTTP/HTTPS relay, is it possible to get the client to leak its address ? Say using another protocol or port ? Or having another app with a protocol handler that is called to leak info ?
Since speedtest.net app - and likely other apps are bypassing the web tunnel - having a protocol handler open another app might leak data as I see it. But of course, limiting it to safari more or less also lowers load on Apple servers.

And I do lose some performance (I think) using the private network. WiFi I am 230Mbps on my old iPhone XR, and 145Mbps on speedtest.website.

Over 4G, I have bad performance at my current location, both services gives me around 70Mbps. No way to test 5G before in a years time, when my son will inherit the XR, and I will upgrade to iPhone 14 Pro.