Scenes from an infection

Both Emotet botnets (dubbed by researchers as "epoch 4" and "epoch 5") resumed activity after the recent holiday season, and malicious spam started approximately one week ago on Tuesday 2022-01-11.

Most Windows hosts I've infected with Emotet in my lab will start spamming within an hour or less after the initial infection.  Refer to the images below for activity from a recent Emotet infection on 2022-01-18. 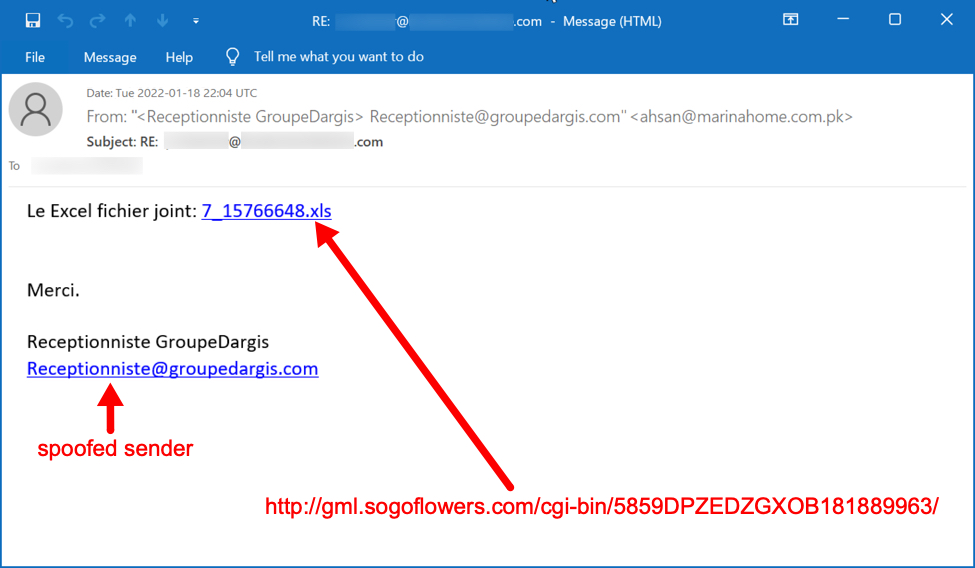 Shown above:  Screenshot from malspam pushing Emotet on Tuesday 2022-01-18. 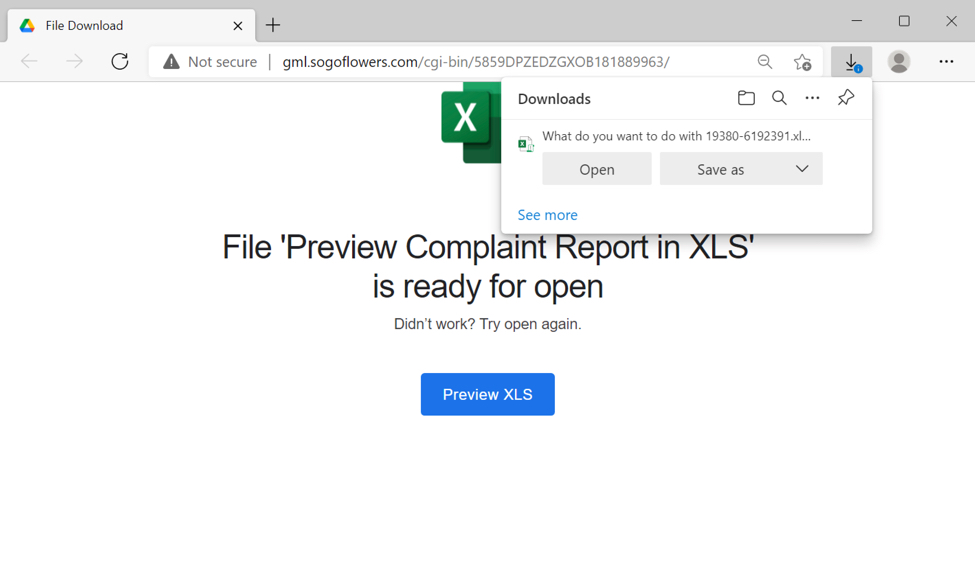 Shown above:  Web page from link in the malspam. 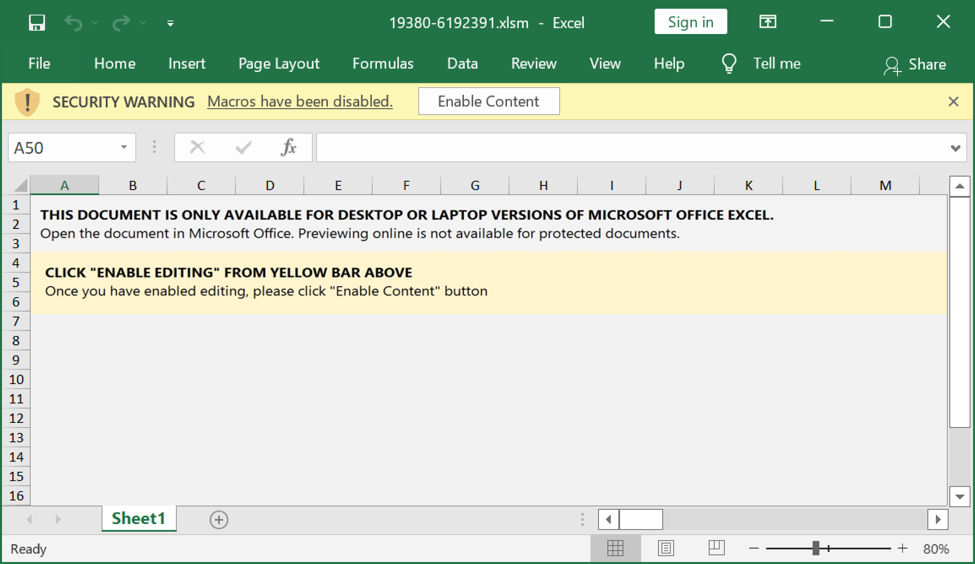 Shown above:  Example of downloaded Excel spreadsheet for Emotet.

Enable macros in a downloaded spreadsheet, and they will infect a vulnerable Windows host.  This is standard operating procedure for Emotet.

Right as the spambot activity starts, the following DNS queries are made using domains related to spam filtering:

Similar DNS queries, but without the 0.0.0.0, are generated during Trickbot infections.  However, Trickbot uses the infected host's public IP address data in the DNS query.  Here is an example from analysis of a Trickbot sample (scroll down to the "Domains" list).

Shown above:  0.0.0.0-related DNS queries from an Emotet-infected host.

In addition to DNS queries, Emotet uses 0.0.0.0 during SMTP communications.  This happens whenever an Emotet-infected host tries sending malspam to a targeted mailserver.  The SMTP command is EHLO [0.0.0.0]. 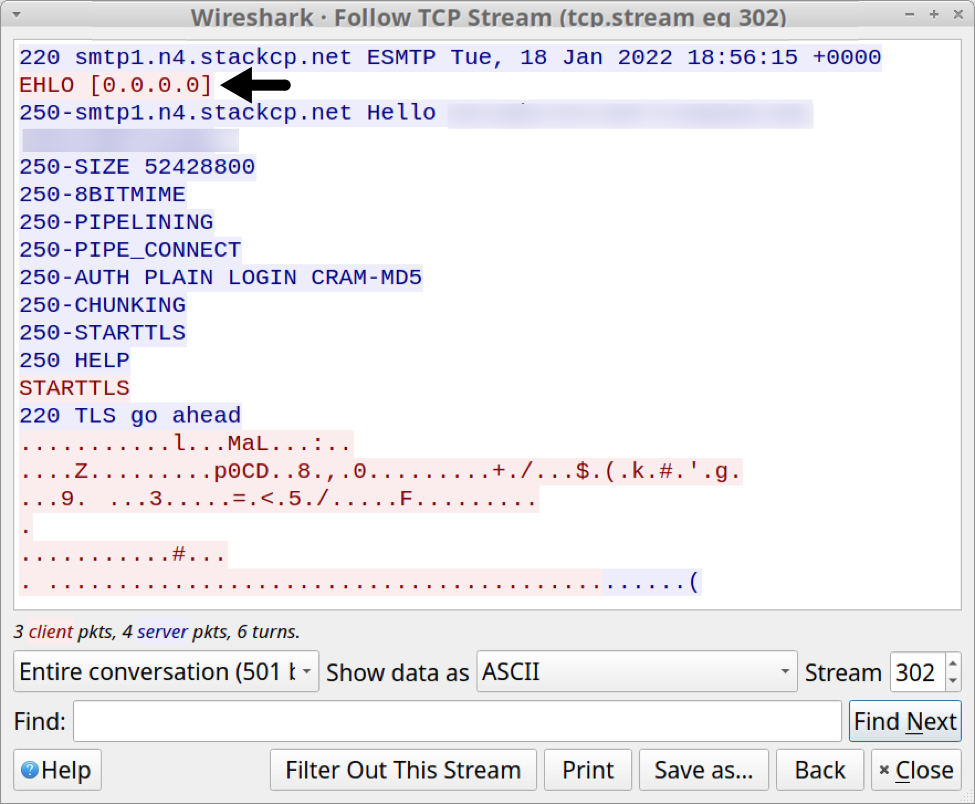 This attempt does not hide the actual IP address of an Emotet-infected host, because it still appears elsewhere in the SMTP traffic (blurred in the above image, for example).  But 0.0.0.0 can be an indicator of emails pushing Emotet or other malware. 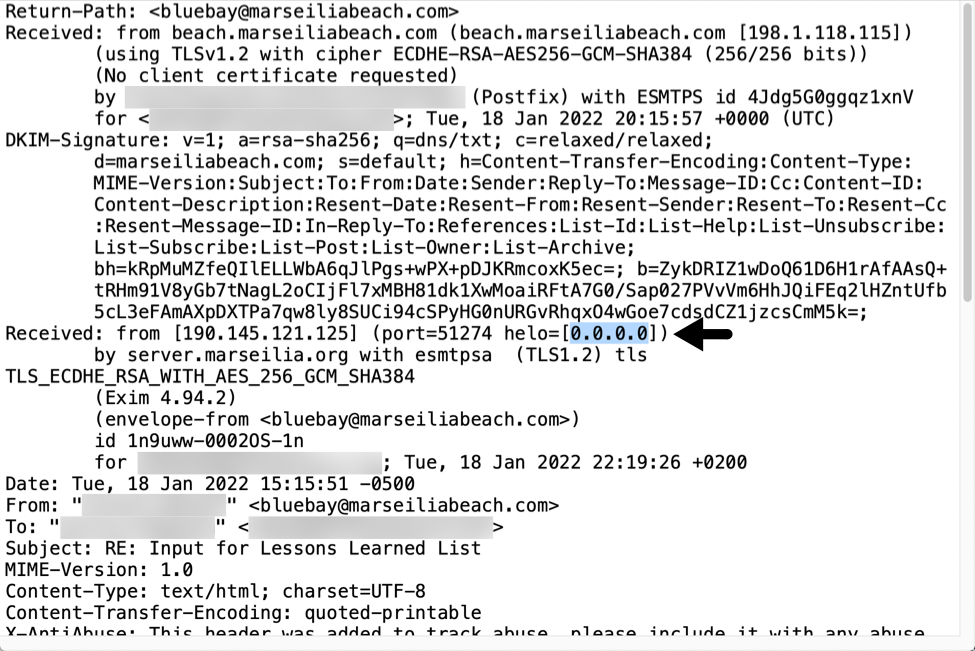 Shown above:  Example of Emotet malspam with 0.0.0.0 in the email headers.

While 0.0.0.0 is an indicator for Emotet or other malware, you can find up-to-date indicators for Emotet malware samples, URLs, and C2 IP addresses at: