While speaking with a customer, he complained about the huge number of privileged users having domain admin rights in his network. It seems to be a recurrent problem for him: The security team reviews all the users at a time t and it reduces the number of privileged accounts to the strict minimum. But quickly, the number of administrators is growing again and, at time t+x, they have to restart the cleaning process. Amongst the SANS 20 Critical Security Controls, the point #12 focuses on controlling administrative privileges. The following controls are already in place by the customer:

Unfortunately, the control #7 (CSC 12-7) remains a pain: the utilization of privileged accounts for non-administration tasks like reading e-mails or surfing the web. As most of the controls remains technical, a suggestion was to add a extra layer of awareness for administrators to remind them that using privileged accounts can be dangerous. Instead of simply displaying a warning message, the idea was to force the administrator to describe (log) in a few words why he started an administrator session. The information is logged and can be used later to generate activity reports from their SIEM like this example:

Not valid, funny or empty reasons can we investigated case by case improving the control of privileged users.

There are commercial solutions which implement this like Cyber-Ark or Digital Guardian. I wrote a PowerShell script which can be deployed as a logon script. Details are available on my blog.

Testssl project has announced the release of testssl 2.6. testssl.sh is a free command line tool which checks a server's service on any port for the support of TLS/SSL ciphers, protocols as well as recent cryptographic flaws.

Here is some examples of how to use testssl.sh:

Running the script without any option will run all the tests: 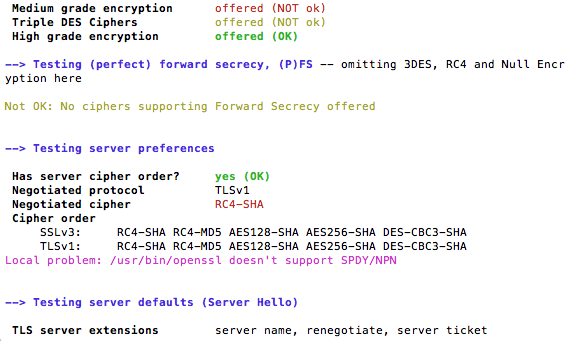 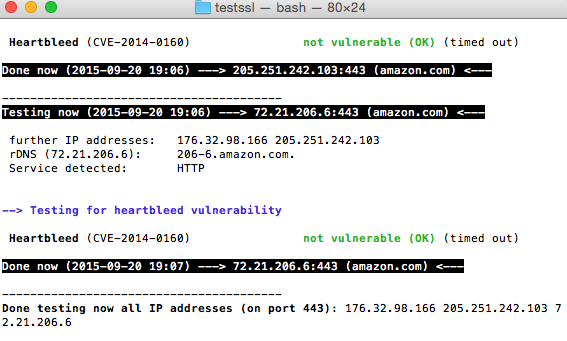 To check the supported ciphers suites you can use the –f option: 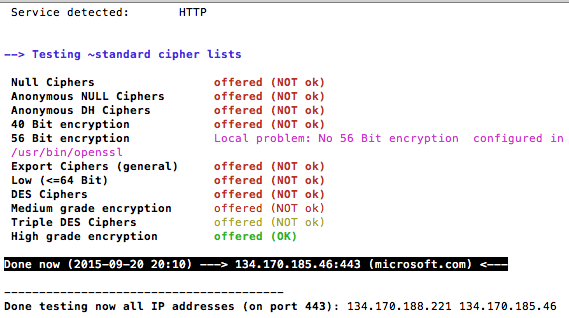 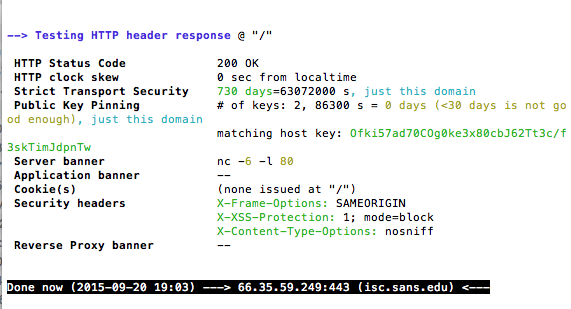