New e-mail scam targeting Colombian Internet users: This time claiming to be from the Transport authority

Scams keep coming! This time there were many uses from all across the country targeted by this e-mail scam claiming to be a notice of traffic ticket from the Transport Authority. 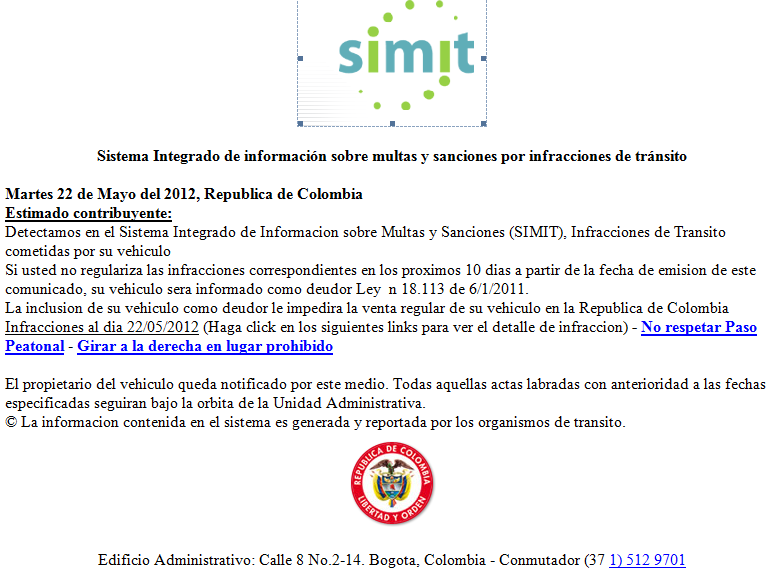 The exe files read all the TCP/IP registry parameters. After that, it connects to some servers to report to some kind of a botnet:

One of the reports seems to be sent by mail, because the php script where the program reports gets a warning:

As of today, there are other servers that have removed the offending PHP scripts sending a 404 error to the program. No further action is taken by the program and it becomes resident by creating entries on HKLM\Software\Microsoft\Windows\Currentversion\Run

Have you seen this kind of packets in your network? Let us know!